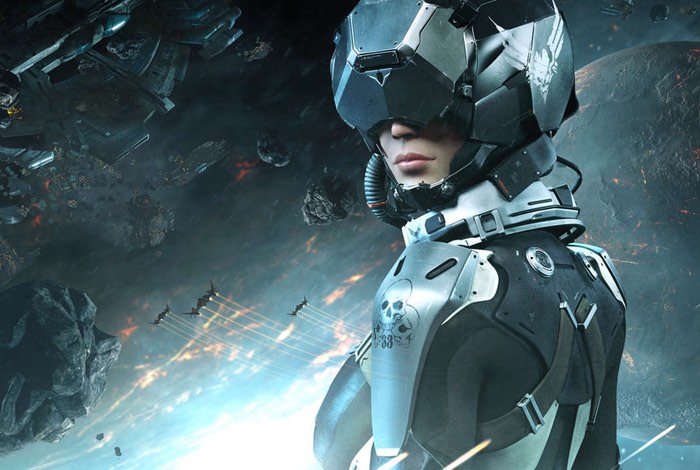 Andrew Robinson Narrative Designer at CCP Games has today taken to the official PlayStation blog to reveal more about what you can expect from the new PlayStation VR game Eve: Valkyrie.

Eve: ValkyrieIs already available to play on the Oculus Rift and HTC Vive and will be available to play at launch when the PlayStation VR headset finally arrives in stores in a few months time on October 13th, 2016.

From day one, the Eve: Valkyrie team wanted to deliver a unique gameplay experience built from the ground up for this incredible emerging medium. It’s a totally new way to play games and immerse yourself in the world.

Working with cutting-edge technology opens up opportunities to design features that can’t be replicated anywhere else. One of the strengths of VR is the ability to motion track within a full 360-degree field of view that’s totally under your control. An owl would have a distinct advantage here, but I doubt you’ll meet too many on the battlefield.

To make full use of this feature, we implemented the look-to-lock missile system and integrated it into Valkyrie’s fighter class Wraith ships. The ability to pluck an enemy ship out of the air with your gaze and unleash a furious missile storm — you’ll just have to trust me right now when I say it’s very, very satisfying.

In fact, it quickly becomes a natural reflex. Hold the left trigger to bring up an aiming reticule and track your enemy by moving your head anywhere across the skies. Remember, you have a full 360-degrees available to you! Focusing your aim on the targeted enemy will lock a missile every second, up to a total of five. Then simply release the trigger button to launch and you’ll have just sent a firestorm of heat-seeking missiles that only the most skilful pilots can evade.

Advancing this skill, you can even take down multiple targets at the same time by keeping the primary Gatling Cannon weapons trained on your forward facing enemy while you swing round your tracking to his teammate. Double kill — congratulations, pilot!

One of the main tips in Eve: Valkyrie is “moving your head is key to survival and success in combat” — sounds pretty straightforward, right? Maybe not. The look-to-lock system was created to encourage head movement within PlayStation VR. After all, we’ve been staring at 2D screens since the start of our gaming careers. You can’t blame people for forgetting.

I remember the initial playtest of our Eve: Valkyrie prototype before we added the missiles. Excited to share and show off the demo, we sat down a few unsuspecting developers at CCP and asked them to give the game a try. We were confident that they would shortly be enthralled in a Deathmatch like they’d never experienced before. Over the short rounds we were really surprised how stationary everyone was, simply facing forward and playing in a traditional way. We immediately knew this was a skill we needed to teach.