Despite the poor fiscal state that much of the Western world is in, this setback doesn’t mean man’s aspirations to travel beyond our planet have gone away. The European Space Agency have announced two of its most ambitious missions to date that will broaden our collective knowledge about the universe. The initiators of these grand endeavors are pictured below. 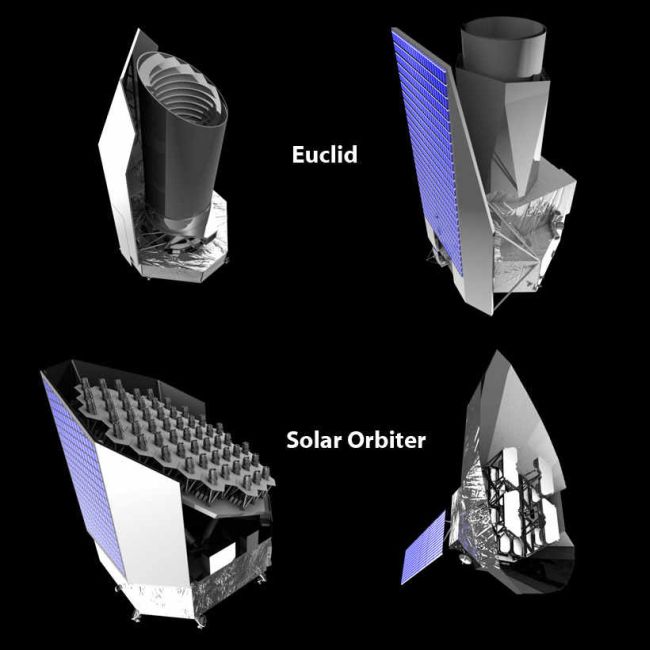 The missions, whose time frame for launch and operations is from 2015 to 2025 under the Cosmic Vision Plan, involves two unmanned spacecraft. These are Euclid (named after the mathematician) and Solar Orbiter, whose handle doesn’t leave much to the imagination.

Between the two, it’s Euclid that has so much more responsibility on its shoulders. Already scheduled for a 2019 launch at French Guiana, Euclid is going to travel far and wide for a groundbreaking study of that ever illusive dark matter. A veritable galaxy observer, Euclid’s turf is going to span billions of light years. The ultimate goal is to help us explain why the universe is the way it is.

Then there’s Solar Orbiter, the only spacecraft capable of operating so close to the sun without damaging itself. Its mission is gathering data that will help explain the sun’s environment.