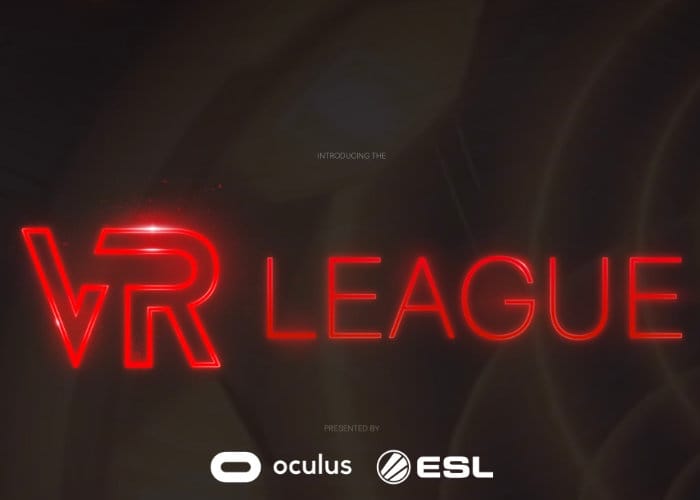 Following on from last year’s VR Challenge League Oculus and ESL has this week announced a partnership to create a new eSports VR League which will be “Season 2” of their VR eSports initiative and has been rebranded as simply the VR League. $220,000 in prizes for VR competitors are up for grabs with an expanded game roster that will include highly anticipated Echo Combat when the game launches later this year.

Events will start on May 18th and the VR League features Echo Arena, The Unspoken, Sprint Vector, and later this year Echo Combat and two other to-be-determined titles will join the VR League on ESL Play, with the full season concluding at Oculus’ very own flagship event, Oculus Connect 5.

An”First up in the VR League is Echo Arena from Ready at Dawn Studios, with four months of competition kicking off on May 20th. The three-vs-three tactical, zero-gravity game was a true success story coming out of the inaugural VR esports season, fostering 98 registered competitive teams worldwide (a total of 258 players) after just a couple of months. Oculus and ESL are excited to expand on this success and continue to help build and support the surrounding community.
Ready At Dawn Studios are also releasing an expansion to Echo Arena later this year, called Echo Combat. Echo Combat will have prize-supported competition as part of the VR League, stay tuned for additional details surrounding the expansion and league in the coming months.”

For full details on the new VR League and to sign up to participate jump over to the official ESL Gaming website by following the link below.