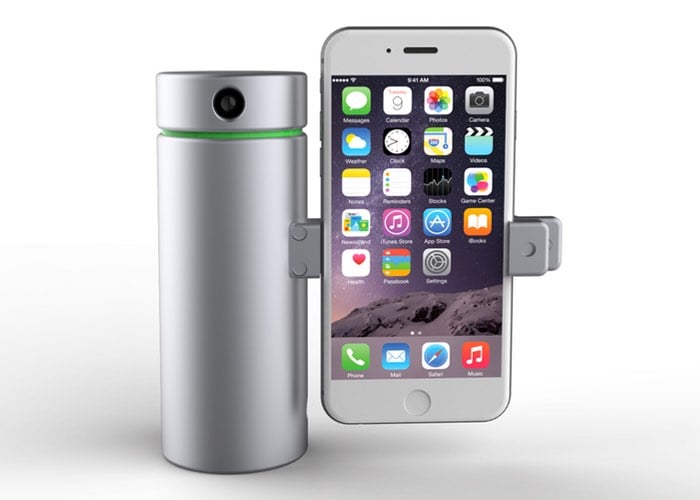 Ahead of its Kickstarter campaign the Australian development team behind the eora iPhone 3D scanner have unveiled details of their latest creation providing images of the prototype hardware.

eora has been designed to provide users with a low-cost scanning device that is compatible with Apple’s iPhone smartphone and uses the processing power to create detailed 3D scans of objects.

The eora Kickstarter campaign will be launching next month and is a finalist in Australia’s Seedstars World global start-up competition with the results being announced next March. To measure the depth and contours of objects while scanning the eora iPhone 3D scanner uses a 5mW green laser at the 520nm wavelength. The result say it developers results in a colour 3D model with sub-100 micron accuracy. 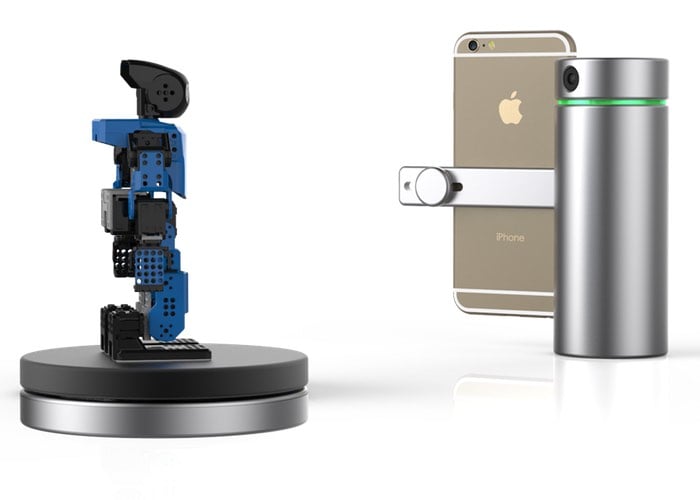 The iPhone 3D scanner can either be used in a freeform mode or mounted to a tripod for desktop objects. With the use of the a Bluetooth turntable the system is capable of capturing an object that is 200 mm in height in roughly 5 minutes. Rahul Koduri, co-founded of the company with Richard Boers and Asfand Khan explained in a recent interview :

Our 3D scanner is perfect for scanning clay models and other organic shapes which can be difficult to produce from scratch using Computer Aided Design software.” He continues, “We already have a jewellery designer in Sydney who uses the scanner to proof moulds before sending them to the manufacturer. We’re also working with 3D Printing Studios, an Australian 3D printing service which is making our scanner available to a handful of customers – it’s all about putting accurate 3D scanning within reach of more people.

As soon as the Kickstarter campaign goes live we will keep you updated as always. Unfortunately at the current time no indication of pricing has been unveiled.