If you are one of the geeks that purchased the enTourage eDGe dual screen Android tablet and eReader, we have some bad news for you. The company has announced that it is closing the doors of its digital shop as of 5-21. Yep, that means the store is already closed so if you have been waiting to buy something, it’s too late. 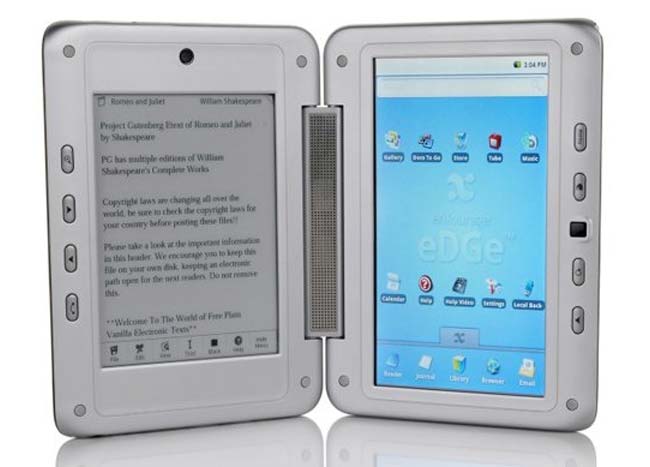 The upside is that if you purchased content that you haven’t downloaded, you have a few more days. After 5-27, all content that hasn’t been downloaded will be deleted. If you fear you now have an expensive paperweight, don’t fret (for now). enTourage has instructions for you to download an install content on the eDGe from Google’s eBook store.

You can also download apps from the Amazon App Store as well. The only caveat here is that all of this is contingent on enTourage keeping the server that supports device registration running. The company says that server will remain operating for the foreseeable future.