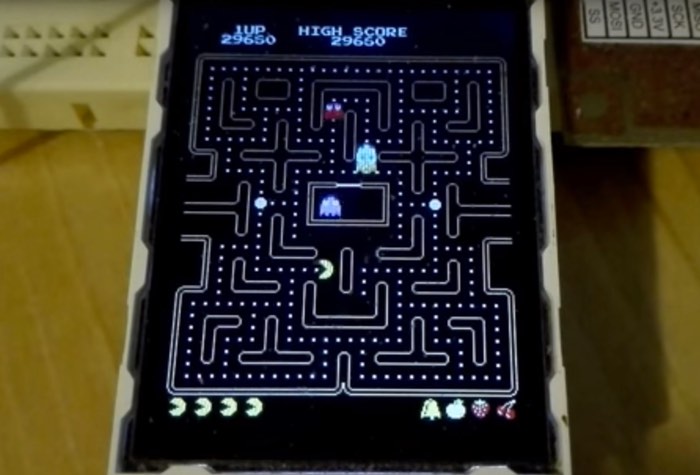 If you fancy a little retro gaming you might be interested in this awesome Arduino project the uses an Arduino Due with ILI9341 and VGA support to create an Arduino Pac-Man console.

Check out the video below to see it in action and learn more about the neat little Arduino Pac-Man project that has been created by Dr. NCX Mirracle and used the Arduino Due that is based on a SAM3X8E Cortex-M3 clocked at 84MHz.

If you fancy building your very own the source code is now available via Github, Licensed under MIT License, jump over to the blog.Amtel.com website via the link below for more details.

This recent project from Dr. NCX Mirracle is one of those that are much better seen than read about. Simply stated, the Maker has developed an awesome Pac-Man clone for the Arduino Due that looks just like something out of the arcade.

Pacman Game on Arduino Due with ILI9341 and VGA support (available 2 outputs at the same time), playable with keypad, 5 sample levels, VGA output is 240x320. To Do: fix glichies…