Ematic has unveiled a new 8-inch Pro series of Android-powered tablets. The tablet is model number EGP008 and it runs Android 4.1 Jelly Bean for the operating system. The eight-inch screen has a resolution of 1024 x 768. 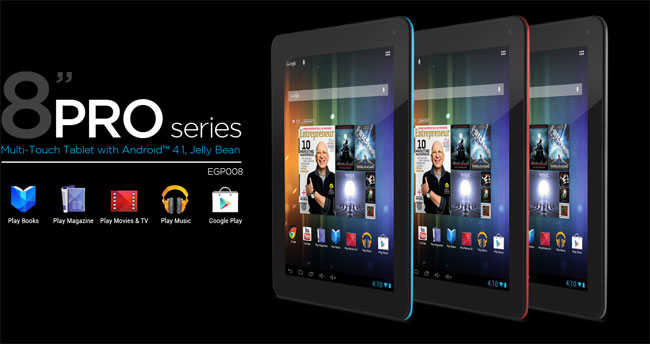 Under the hood hides a 1.6 GHz dual core processor with a quad core GPU. That chip is paired with 1 GB of RAM and the tablet has 8 GB of integrated storage. Storage can be expanded up to 32 GB using microSD cards. The battery providing power for the tablet is 3000 mAh.

Other features include a two-megapixel front camera and a three-megapixel rear camera. The tablet has integrated Wi-Fi and a 3.5 mm audio Jack. It also has a mini HDMI port to shoot video to your TV. Pricing and availability information for the new tablet is unknown at this time.