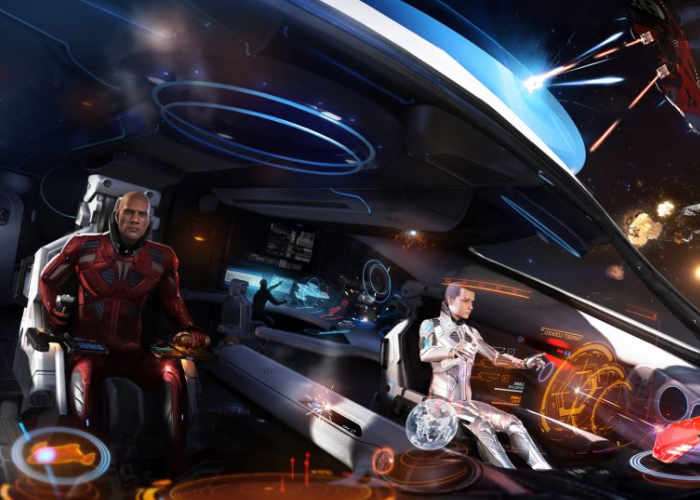 Elite Dangerous players who have been patiently waiting for the ability to fly spacecraft with with friends within the game. Will be pleased to know that the required Elite Dangerous Multicrew update will be soon rolling out to the game.

Once released the Elite Dangerous update will enable up to 3 friends to co-pilot interstellar spacecraft adding even more emotion to the game especially if you are using virtual reality hardware.

The Elite Dangerous: The Commanders (2.3) update is expected to be made available as a beta release on February 26th 2017 and will bring the new “Multicrew” feature enabling multiple players using either VR or not, to cooperatively pilot interstellar spacecraft and take on different roles.

Features of the new Elite Dangerous update include :

– Players will work together to control the different functions of a ship. One player could fly the ship whilst others would handle the sub-systems and weapons. Or a Multicrew ship landing on a planet’s surface could have one player stay with the main vessel, another patrol in a ship-launched fighter, and another explore in their SRV.

Multicrew uses the Wing system and has four roles:

– Roles are balanced so that a fully-crewed ship is on par with four commanders in a Wing.
– The crew limit of four may be increased in a future Season. We don’t know how high we would go. Current instancing issues likely make more than 4 unfeasible for the immediate future.
– Enormous range of faces and features available using the Commander Creation “slider tool”. This option will be selected via the game’s interface. In combination with Multicrew players will at last be able to see each other, in game. Although dev-demo shows baldness, hair is confirmed.