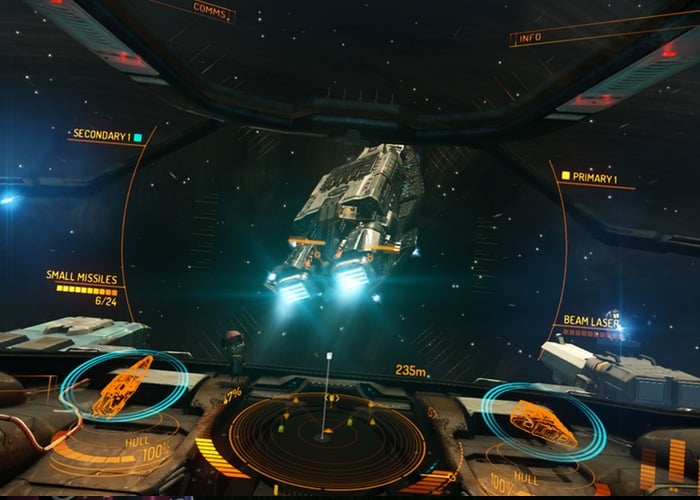 Fans of the awesome Elite Dangerous games that has launched on PC after a successful Kickstarter crowd funding campaign that help raise over £1.5 million to re-create the Elite space fighting and trading game that originally launched back in the 1980’s.

Will be please to learn that the new Elite Dangerous game will soon be available to play on Microsoft’s Xbox One console, although full details of a release date and price have yet to be announced.

Will Tuttle, Xbox Wire Editor in Chief explained in a blog post this week :

“We’ve long had a great publishing relationship with Frontier Developments, which is why we’re so happy to announce that their epic space adventure Elite: Dangerous will be coming to Xbox One this summer.

“Our galaxy.  Its an awe inspiring, beautiful, vast place; with billions of star systems, planets, moons and asteroid fields just waiting to be explored, and exploited. The triumverate superpowers of the Empire, Federation and Independents dominate their core system volumes and constantly skirmish to outmaneouver one another on their frontiers. Outside their influence, in the vast majority of the galaxy, anarchy reigns supreme and spectacular discoveries await the bold.

Its dog-eat-dog out there – you need to keep your friends close, and your enemies closer.
Whether you want to trade for profit between systems, take part in multiplayer co-op mission alliances, free-for-all group battles and team raids to bring down planetary economies, even tip the balance of power in the galaxy (for your own advantage, of course..), or simply explore the wonders of the galaxy (and who knows what you’ll find out there..) is up to you.”