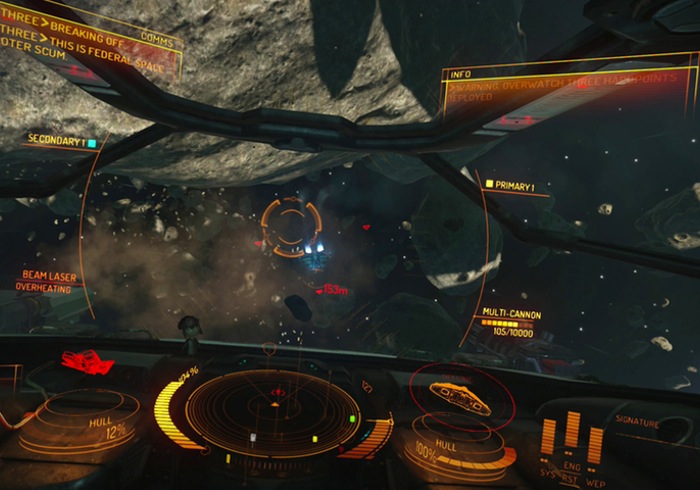 The new Elite Dangerous game currently under development and which was started thanks to a successful Kickstarter campaign, has this month released some new footage of its Elite Dangerous Beta v1.03 showing Han Solo style manoeuvres that can be carried out within the game.

When it launches the new Elite Dangerous will also support the awesome Oculus Rift virtual reality headset which was recently purchased by Facebook for $2 billion.

A beta testing phase of Elite Dangerous is now available to join for anyone who missed the Kickstarter crowd funding campaign, or didn’t pledge enough, for an extra £50.

The beta development stage already offers participants 55 star systems covering 29,000 cubic lightyears. Together with a wealth of other features including Initial online mission system functionality added (to be further developed through Beta).

“Look up to the night sky, your dreams of exploring the stars and the endless galaxies beyond are made real in Elite: Dangerous. Every dot on the vast cosmic starscape of the Milky Way is a star system and within are an amazing mix of planets, moons, asteroid belts, rings, comets or cosmological marvels waiting to be discovered.

The Milky Way galaxy features 400 billion star systems; each one can be explored. Take a hyperspace jump out into the unknown and bear witness to some of the most beautiful natural phenomena in the universe. You could be raked by x-ray bursts from a pulsar or witness stellar flares and coronal mass ejections up close.”

For more information on the new Elite Dangerous game jump over to the official website for details.