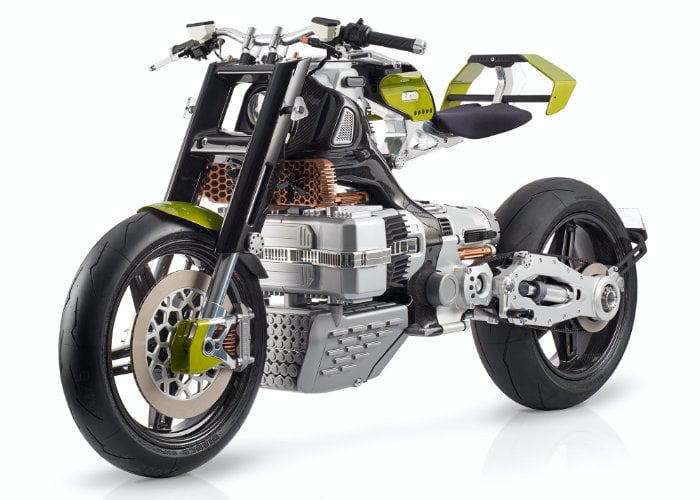 A new electric motorcycle has been unveiled this month at the EICMA motorcycle show in the form of the Blackstone HyperTek electric motorcycle, which is hoped will launch in the next 18 months and will be priced at around $80,000. BST have partnered with South African-born designer Pierre Terblanche, responsible for creating such bikes as the Ducati Supermono, the 749 and 999, the SportClassic and the Hypermotard. 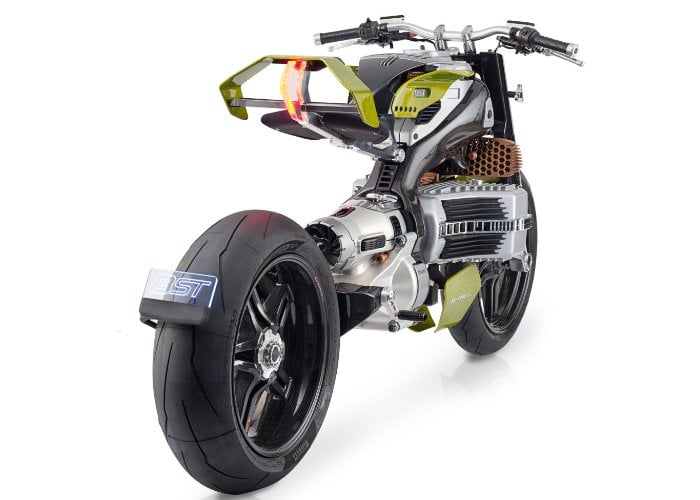 “The HyperTek’s mechanicals hang from a one-piece carbon fiber monocoque and billet subframe. The water-cooled, DHX Hawk motor produces 105 hp and 88.5 pound-feet of torque, powered by a 4.75-kWh battery. BST claims the battery can be fully recharged in 30 minutes on a fast charger, with a range of 186 miles on a charge. That’s almost certainly on the more generous European standard, and we suspect the range claim includes the supplemental battery pack; a Zero S motorcycle, for instance, packs a 7.2-kWh battery and lists an 89-mile range in city riding. On the HyperTek, the standard pack sits inside the metal box ahead of the frame. The gray box of the supplemental battery can be seen in a couple of photos hanging underneath that, featuring a cell pattern along the front, otherwise replaced with green, logoed fairings. “