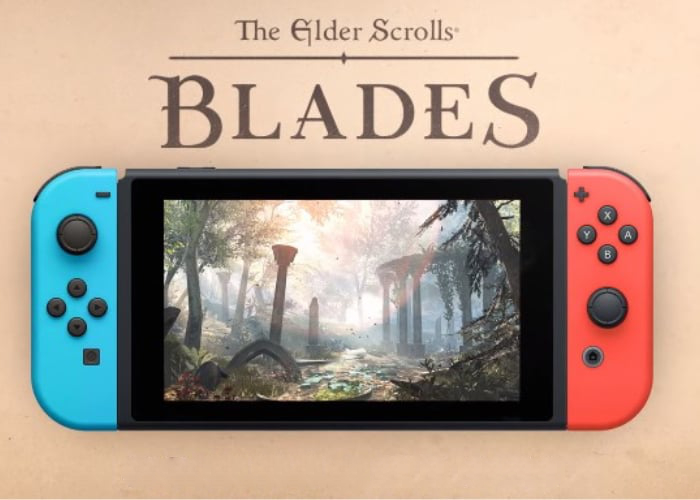 Bethesda Softworks has today announced that The Elder Scrolls: Blades adventure game is now available on Nintendo Switch via the Nintendo eShop. The surprise announcement was accompanied with a Nintendo Switch launch trailer providing a glimpse at what you can expect from the game which has already launched on android and iOS devices.

The free to play game offers a classic dungeon crawler reimagined and has been created by Bethesda Game Studios the award-winning creators of Skyrim.

Features of Blades include :

– QUEST and Experience stunning dungeon adventures.
– CREATE and customize your city, restoring it to greatness.
– CONQUER your friends and rivals in epic one-on-one Arena battles.
– CREATE any character you want and discover unique weapons, armor, and abilities.
– MASTER the never-ending Abyss with a cutting-edge combat system.