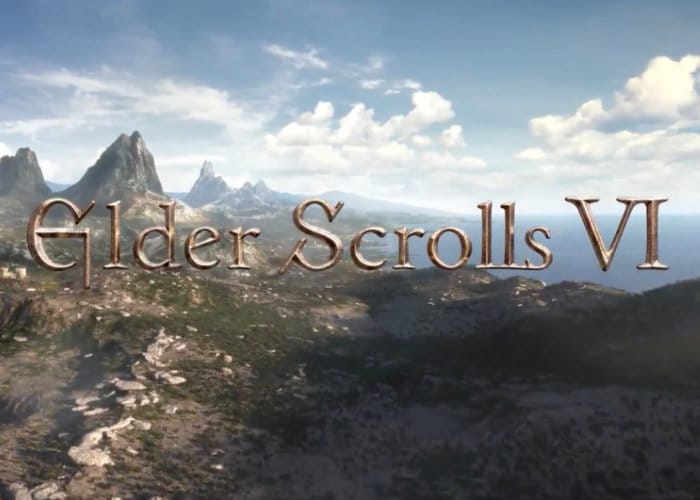 At BE3, Bethesda’s E3 2018 press conference the games development company has unannounced the creation of The Elder Scrolls 6 and has released a quick teaser trailer providing a glimpse at the landscape you can expect to be able to explore. Apart from the teaser trailer and the announcement that Elder Scrolls 6 is currently under development very little else is known about the new RPG game in the Elder Scrolls franchise. But as soon as more information is announced, traders released or media made available we will keep you up to speed as always.

The official line from Bethesda explains “Currently in pre-production at Bethesda Game Studios, the acclaimed developers of Skyrim and Fallout 4. The highly-anticipated next chapter in the iconic The Elder Scrolls series.”

The previous game in the series The Elder Scrolls V: Skyrim was officially launched back in November 2011 on PC PlayStation 3 and Xbox 360 and has since made its way onto the next-generation PlayStation 4, Xbox One and Nintendo Switch consoles as well as being made available to virtual reality early adopters providing a more immersive way to explore the action role-playing adventure game.

“Skyrim received critical acclaim upon release. The removal of the character class system, present in previous The Elder Scrolls entries, was well received. Billy Shibley of Machinima’s Inside Gaming and Charles Onyett of IGN praised its removal because it allowed players to experiment with different skills without having to make decisions about a class early in the game. John Bedford of Eurogamer stated that by removing the character class system, the game tailored itself to players who wanted to build an all-around character, while still letting other players specialize in a preferred play-style.”