A new Android 4.0 tablet is set to launch today from company called Ematic. The tablet is called the eGlide Pro X and it has a 9.7-inch screen with a 4:3 aspect ratio. The tablet is aimed at both professionals and general consumers and has integrated three-axis gyroscope. 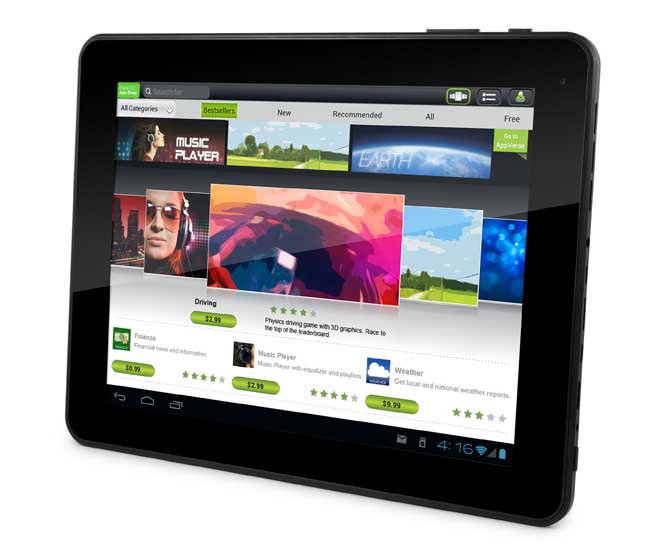 The tablet runs a 1.2 GHz processor and has a 400 MHz integrated GPU. It also has built-in Wi-Fi and 8 GB of internal storage. The company gives you access to 5 GB of cloud storage and the tablet supports microSD cards up to 32 GB.

The tablet has front and rear cameras and an integrated voice recorder. The tablet also supports the output of HD video to a big screen via HDMI. The tablet is available at Walmart and other locations for $219.99.