We have featured a number of Xbox 360 laptops here on Geeky Gadgets but if you are looking for a fully self contained custom built one, EdsJunk Xbox 360 laptop is definitely worth a look.

Ed’s Xbox 360 laptop is equipped with a 17″ 720p HD screen, and has it own built-in power brick together with internal amplified speakers, 4 x USB ports, Ethernet, built in Wi-fi and a headphone jack. You can watch a full run thorough of all its features and specification by the designer and creator after the jump. 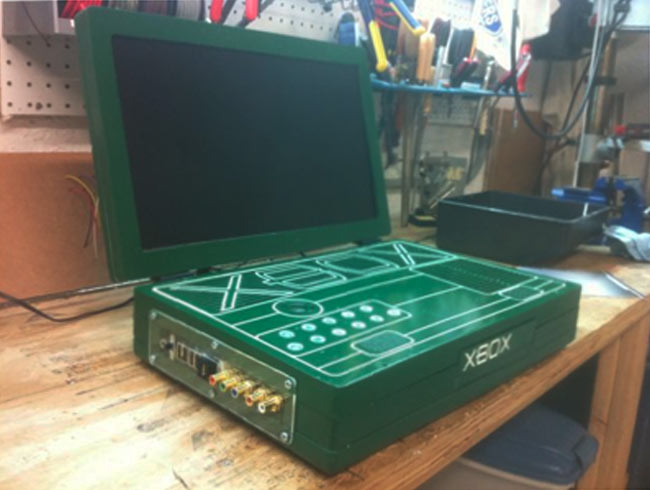 Ed’s Xbox 360 laptop is currently available for $1600 but other modifications can be done if you supply your own Xbox 360 from a little as $200. Contact Ed from his website for more information.