Brompton the London based bike manufacturer famous for its bikes that fold up extremely small, have this week announced a new addition to their range of folding bike in the form of their new eBrompton. Which was labelled as “Project X” during their promotional campaign in the run up to todays announcement.

The eBrompton is a folding electric bike which is equipped with a small electric motor, which Brompton say doesn’t interfere with the legendary folding mechanism of the original bike. 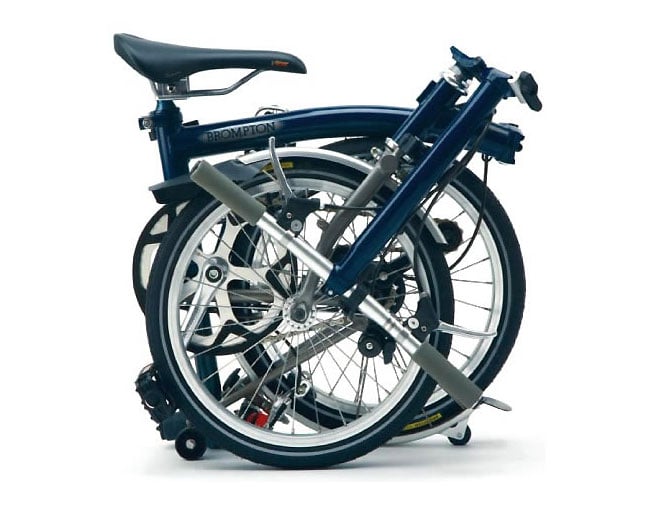 Unfortunately Brompton haven’t released any images of their new eBrompton electric folding bike so the image is of their non-electric bike. But it still illustrate how small and well the range of Brompton bikes collapse down.

It will be interesting to see how they have incorporated the electric motor in to their design without compromising the look, feel and folding.