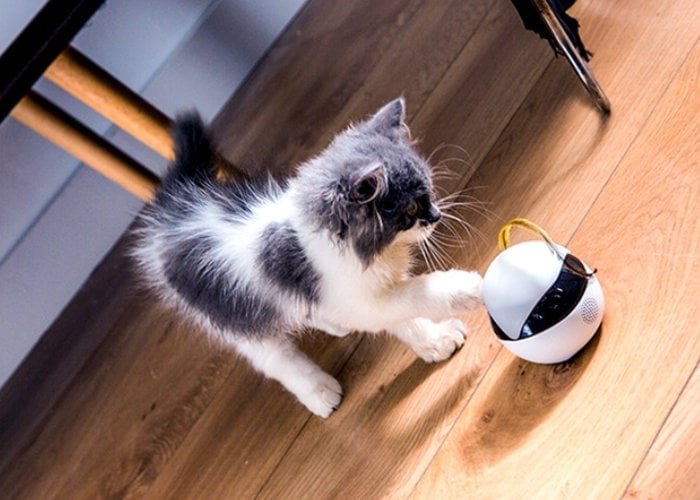 If your cat could do with a companion while you are away at work or just to provide a little extra playtime while you were busy doing something else, you may be interested in the Ebo robot cat companion launched via Kickstarter this month. Check out the video below to learn more about the robot cat companion, that can be controlled using the smartphone application available for both iOS and Android devices.

Not only will the companion robot keep your pet entertained it will also help exercise those stay at home cats that need a little exercise to make sure they weight is kept in check. The developent team responsible for creating the Ebo robot cat companion explain a little more about its inspiration.

“Cats are grumpy and lazy by nature, right? Wrong! When your apathetic furball stares at you in judgment from the top of the fridge, what it’s really saying is: “Play with me!” Studies have shown that cats are social beings that crave human interaction and thrive on attention. They may play it cool, but when you’re gone, they miss you dearly. The effects of neglect can lead to more than just grumpiness. Without proper stimulation and socialisation, cats can develop depression, obesity, and other major health problems. Along with pet neglect, pet obesity has also become an increasingly big issue over the years. According to several studies, the majority of American cats are either overweight or obese. This is mainly because of a lack of stimulation and exercise.”

Early bird pledges are now available from £122 offering a 33% saving off the recommended retail price. If all goes to plan worldwide shipping is expected to take place during December 2019. Features of the Ebo robot cat companion include. : 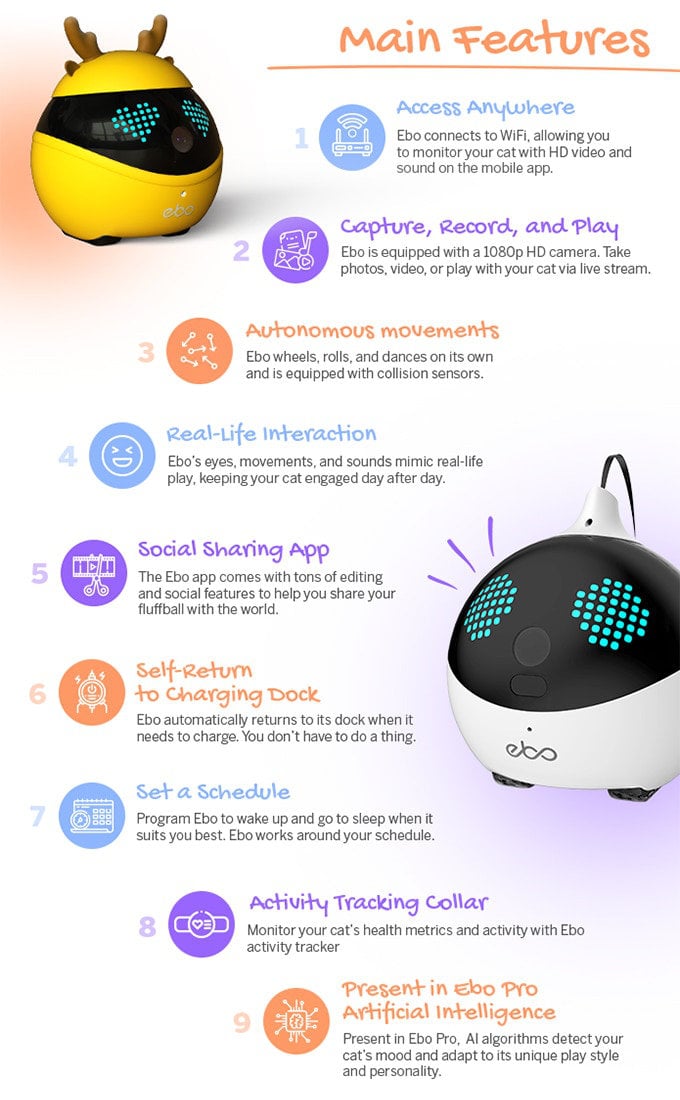