GoPro 3 camera owners might be interested in a new device that has been created called the EasyGimbal. Which has been designed to provide users with a 3-axis handheld camera stabiliser specifically designed for the GoPro 3 action camera.

Using the EasyGimbal with your GoPro 3 will provide smooth moving shots with ease and allows you to concentrate on the subject rather than the shaking of your hands. Watch the video after the jump to learn more about the Easy Gimbal project and see it in action. 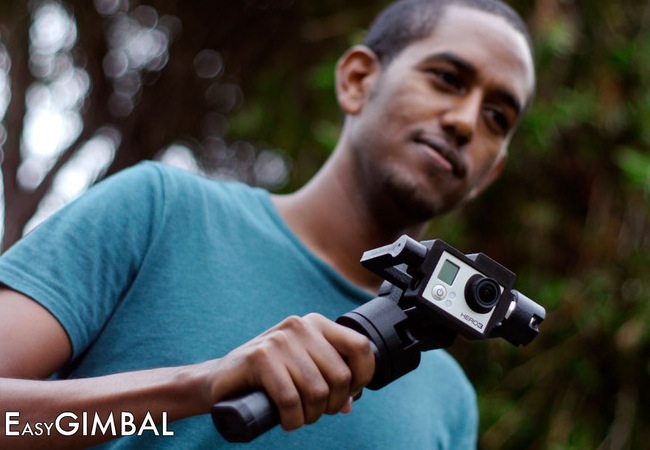 “Have you ever tried moving around with your camera while recording and were then disappointed by the shaky footage you got? Have you ever wished you could get smooth moving shots like you have seen in professionally produced movies without having to spend a small fortune?

Wish no more! With the EasyGimbal, shooting smooth moving shots is easy. The days of shaky and unwatchable handheld footage are over. The EasyGimbal removes the shakiness by stabilizing all three axes (Pan, Tilt, and Roll) with the help of brushless motors, sophisticated electronics, and a thoroughly thought out gimbal design. The results are stunning. You can freely move around with your camera and the EasyGimbal will keep it steady. “