Whoever thinks PC gaming is on the decline might like to take a look at the Steam figures for the past couple of days. Which have recorded more than 5 million concurrent users have been enjoying PC gaming on the Steam network.

Games such as the hugely popular Skyrim are largely to thank for the increase in gamers on the Steam Network. Together with the likes of  Team Fortress 2 and Counter-Strike which takes second place on the Steam gaming user charts, even if it is a long way behind Skyrim. 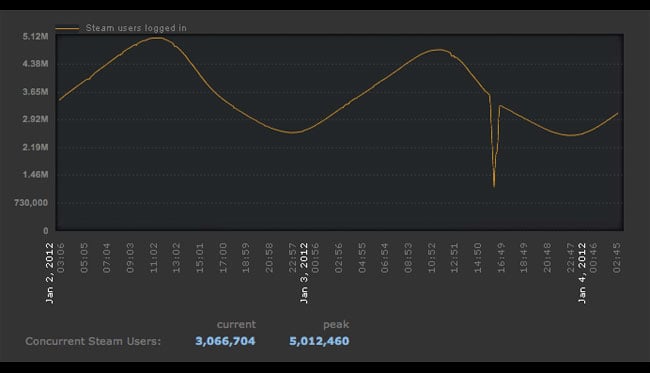 It would be interesting to compare these results with the newly formed EA Origin network which was launched last year. But unfortunately EA does not make their statistics public for all to see in the way that Steam does. You can check out the statistics for yourself by visiting the Steam & Game Stats page. Do you prefer PC or console gaming or maybe both?