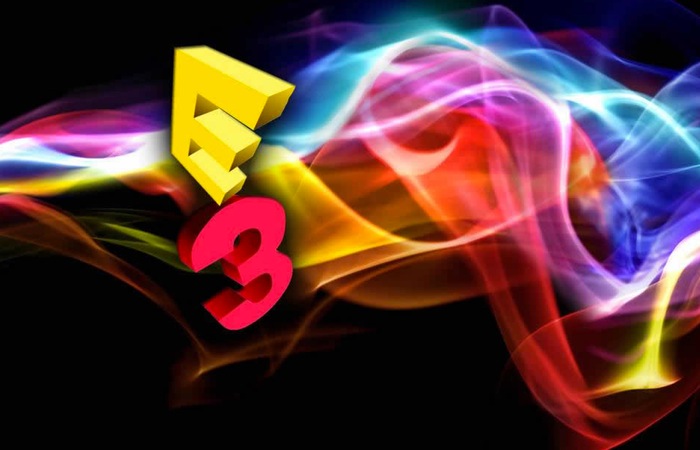 Gamers looking forward to the start of this years E3 games show that would like to view live the press conferences by the likes of Microsoft, EA, Ubisoft, Sony and Nintendo.

Are sure to appreciate this useful E3 Press Conference Times 2014 timetable that has been created by DeMatador over at the NeoGAF forums.

As you can see from the handy E3 Press Conference Times 2014 timetable image below created by DeMatado. You can easily see the times of the events relative to your time zone allowing you to capture on all the gaming news and trailers as they are announced and unveiled.

The Electronic Entertainment Expo, or more commonly known as E3, is an annual trade fair for the computer and video games industry presented by the Entertainment Software Association (ESA).

This years E3 event is once again taking place in the Los Angeles Convention Center and is sure to bring with it a variety of new games from publishers and developers together with gameplay trailers for already announced AAA games that we are looking forward to getting our hands on. 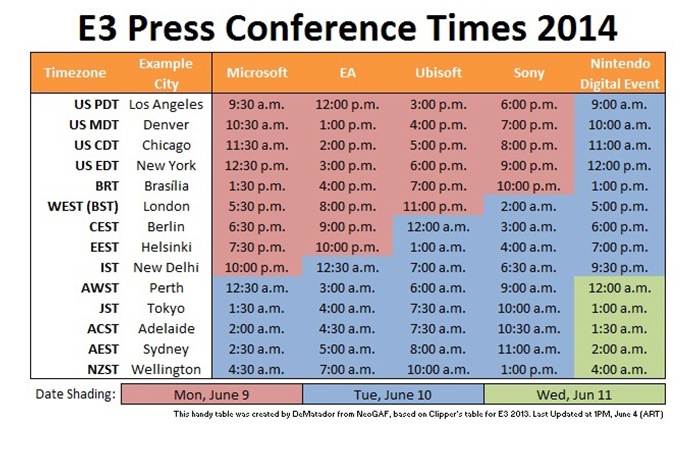 “The expo itself doesn’t start until the 10th of June, but as early as 9:30 AM PDT on June 9th will Microsoft start the press conference schedule when they will reveal new games for the Xbox One (and perhaps some latecomer for Xbox 360). Halo 5: Guardians, Sunset Overdrive and Fable: Legends are hot titles MS will show, but there’s also rumors of high definition remasters of Halo: Combat Evolved, Halo 2, Halo 3 and Halo 4, with emphasis on Halo 2. It ought to be quite an extraordinary presentation, if they can top the great Halo 2 showing at E3 2004 we’re in for a treat.

Following Microsoft on the 9th are Electronic Arts, Ubisoft and lastly Sony who will present their respective products, which range between everything from Star Wars: Battlefront to Assassin’s Creed Unity, to name a few. I know quite a few peeps are anticipating a great many things from Sony, with Uncharted 4 and… The Last Guardian being top tier.”