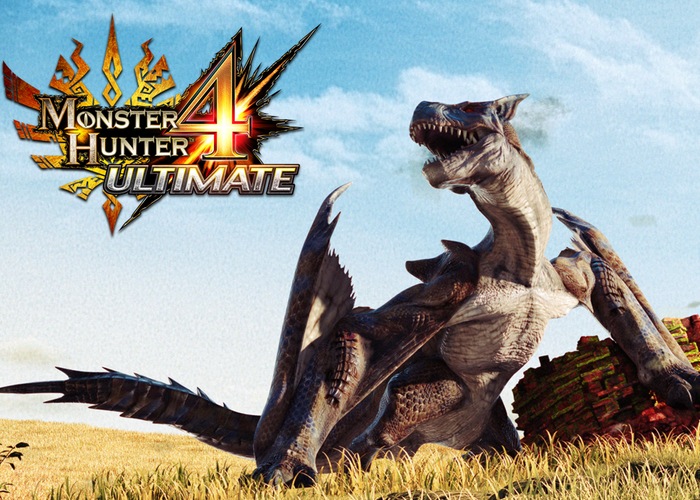 3DS handheld gamers looking forward to the release of the new Monster Hunter 4 Ultimate game which will be launching in early 2015 in the US and Europe.

Are sure to enjoy this new two-minute trailer that has been released by Capcom ahead of next week’s E3 games conference which kicks off on June 10th. Check it out after the jump.

Once installed on your 3DS games console players will then be able to join friends over the internet or local wireless network via the Nintendo Network to combine forces to take down foes.

“Monster Hunter 4 Ultimate will be the newest installment in the popular Monster Hunter series. Players will take on the role of a hunter on a grand adventure with a traveling caravan visiting several new locales with hundreds of quests to be cleared on the way.

The game will introduce an expanded action set including more vertical and lateral movement, fluid climbing motions, and ability to ride atop monsters. Monster Hunter 4 Ultimate also debuts two weapon classes, features new and returning monsters, and spans more locales for the most robust hunting experience than ever before.”

As more information is announced regards a confirmed Monster Hunter 4 Ultimate release date we will keep you updated as always.