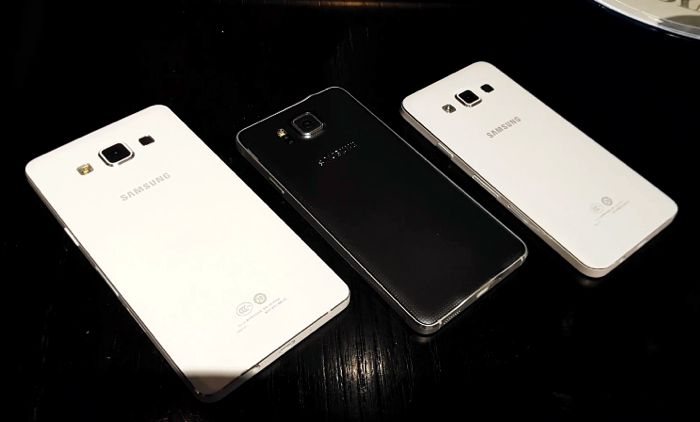 Samsung has a number of new Android smartphones in the works, which includes their new Samsung Galaxy A3, Galaxy A5 and Galaxy A7.

So far we have heard that the Samsung Galaxy A3 will feature a quad core 64-bit Qualcomm Snapdragon 410 processor with a clock speed of 1.2GHz, the device will also feature an Adreno 306 GPU and 1GB of RAM.

Other rumored specifications on the Galaxy A3 include a 4.5 inch qHD Super AMOLED display with a resolution of 960 x 540 pixels.

The handset is said to come with Android 4.4 KitKat, and will feature Bluetooth, WiFi and 4G LTE, the device will come with front and rear facing cameras.