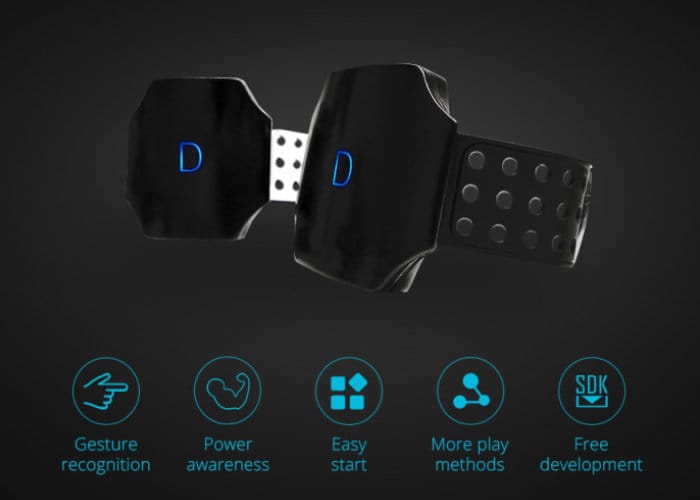 Anyone searching for a more efficient way to control their remote-controlled drone or project may be interested in a new gesture controller wristband called the DTing. Specially created to easily add gesture controls to almost any electronic device the DTing has this week launched via Indiegogo to raise the $10,000 required by its creator to make the jump into production.

The gesture controller wristband provides an all-in-one solution to detect a wide variety of gestures including forearm movement, hand gestures and even finger movements. The DTing is also capable of detecting surface electromyographic signals, gyroscopic signals, accelerometer signals and more. DTing is available to back the pledges starting from $39 for the DTing Developer Kit with worldwide shipping expected to take place during May 2018 if all goes well. Check out the demonstration video below to learn more about this unique wearable gesture controller.

“DTing is the simplest wearable gadget to recognise gestures. Users wear it like a normal watch, but it operates easier than watch. There is no camera, no gloves, no weird armband and no limitation for gesture interaction. The only constrain of this new play is your imagination”. For more information, full specifications and a complete list of all available pledges jump over to the official DTing Indiegogo crowdfunding campaign page by following the link below.