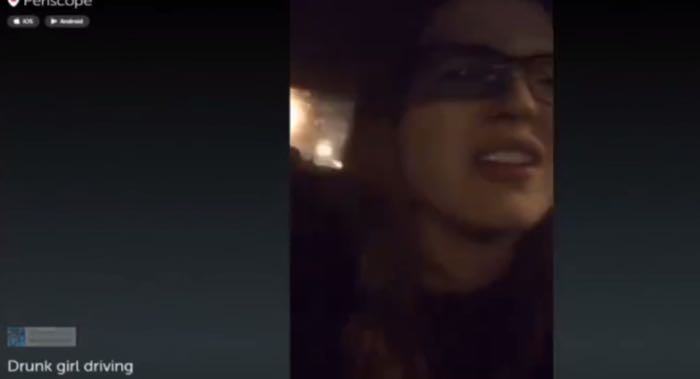 A 23 year old woman in Lakeland Florida decided to drive home after drinking on the weekend, if that wasn’t stupid enough, she thought it was a good idea to stream her antics on Periscope.

This lead to a number of people watching the stream reporting here to the police, who were able to work out her location from the video and then arrest her.

A number of people watching the stream sent her messages on Periscope telling her to stop driving, she was then reported to the Lakeland Police who were able to apprehend her.

The young woman was arrested and charged with DUI after she failed the Field Sobriety Tests and then refused to take a breathalyzer.