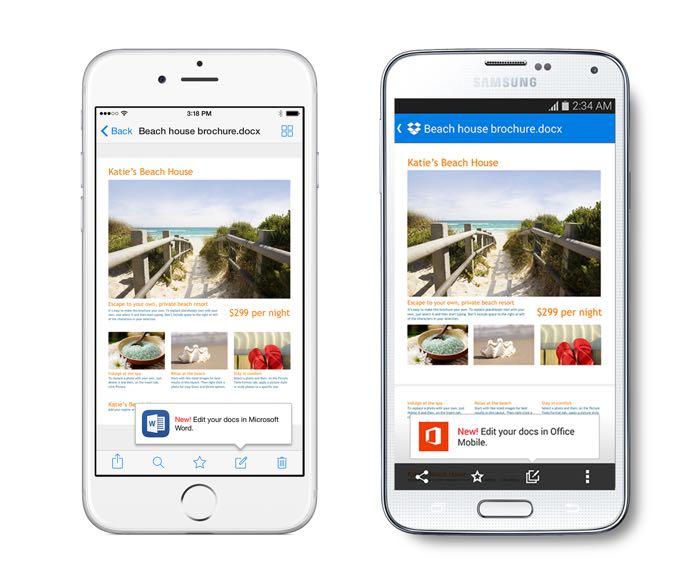 Earlier this month Dropbox announced a partnership with Microsoft that would bring Office integration to their Dropbox apps, and now the company has launched the feature in its latest apps.

Dropbox now comes with the ability to edit Office applications from within the Dropbox apps on Apple’s iOS platform and Google’s Android platform.

To get started, make sure your Dropbox app is up to date on your iPhone, iPad, or Android phone, then open any Office doc, spreadsheet, or presentation in your Dropbox. Tap the new Edit icon (shown above) to start editing in the latest Office apps. When you’re done, your changes will be saved back to Dropbox automatically.

You can find out more details about the updated Dropbox apps with Microsoft Office integration over at Dropbox at the link below.