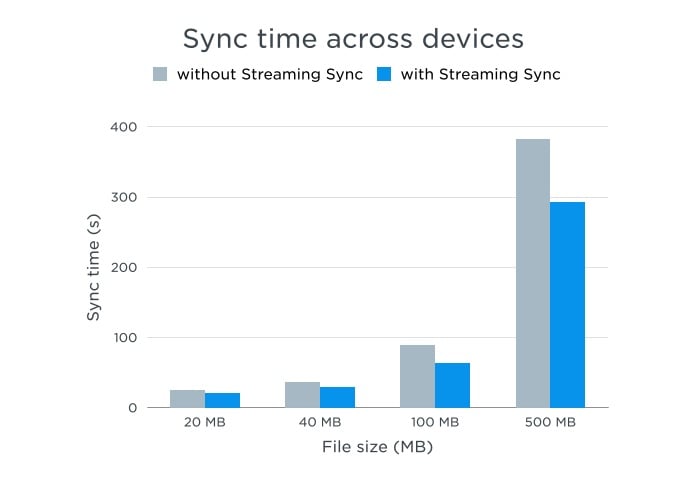 Dropbox has this week released a new update that brings with it a new feature called Dropbox streaming sync, which has been created to supercharge synchronisation of large files within your Dropbox account.

The new Dropbox update comes in the form of the latest desktop client and includes streaming synchronisation together with other improvements that enhance the Dropbox service on your computer.

Previously Dropbox files were split into distinct upload and download phases, this required that files needed to be uploaded in their entirety before other clients began to download.

Now with Dropbox streaming sync the phases now overlap and stream data through the Dropbox servers to your devices as the upload is taking place. Resulting in an improved multi client synchronisation time for larger files. Offering sync times that are now 1.25x faster, and sometimes even 2x faster, says Dropbox. Dropbox explains:

“The next time you need to sync a large video file (or any file over 16MB) from your computer to your connected devices or in a shared folder, Dropbox will make sure you get an extra sync speed boost.

Streaming sync is just part of our latest version of the Dropbox desktop client. There’s a lot more here — including support for our four newest languages, and scrollable menu notifications to help you keep closer tabs on everything going on in your Dropbox. Plus, you can even create a shared link to files and accept shared folder invites right from the Dropbox menu!”

For more information on the new Dropbox streaming sync feature jump over to the Dropbox website for details.