Dropbox the cloud storage service is already very popular with consumers, the service has over 200 million users, and now the company is expanding its Dropbox for Business service.

Dropbox has announced Dropbox for Business will now work with Dropbox for consumers, and the company has designed the service in a way that you will be able to use it with your personal account without the need for two separate Dropboxes. 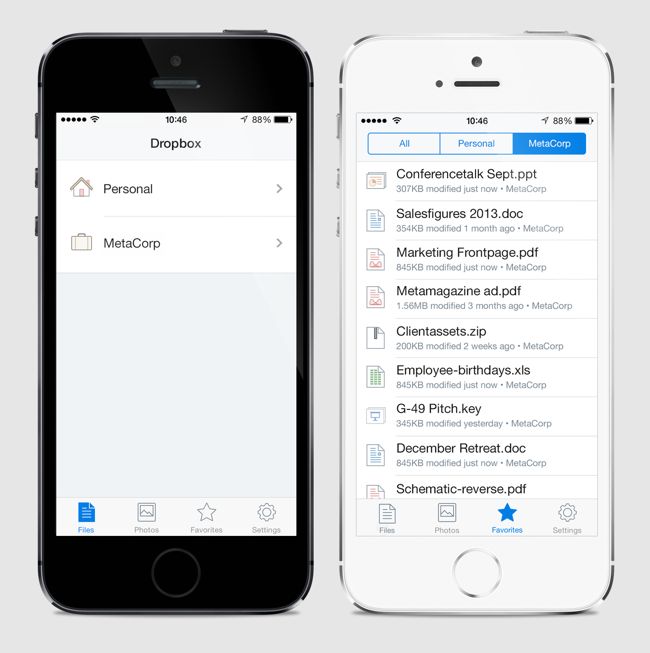 We thought about this from scratch and designed a solution we’re excited to share: connecting your personal Dropbox to your Dropbox for Business account. This’ll give you a personal Dropbox and a work Dropbox on all of your devices so you’ll never have to choose between them. It’ll be like having your house keys and your work keycard on the same keychain.

But this is about more than having two places for all your stuff. Take the mobile app — once you connect your Dropboxes, you’ll be able to get to both Dropbox folders from the same Files tab. Dropbox is also smart about making sure your stuff goes where it’s supposed to. For example, photos you add via Camera Upload will instantly show up in the Photos tab, but they’ll stay for your eyes only. 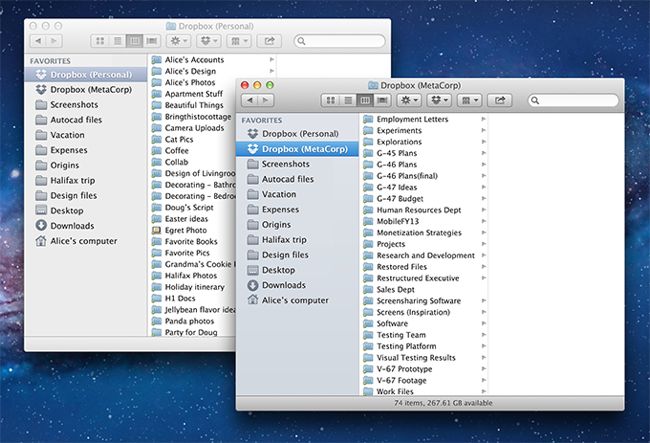 By connecting a personal Dropbox and Business Dropbox account together, and making sure that each of the files you add to the service goes to the correct place, Dropbox have created a way for existing users of the service to now use their existing account for their work as well as their personal file storage.

This is a smart move by Dropbox, and we suspect that Dropbox for Business could end up being another successful product for the company.

You can find out more details about the new Dropbox for business and how it works over at the Dropbox for Business Blog.