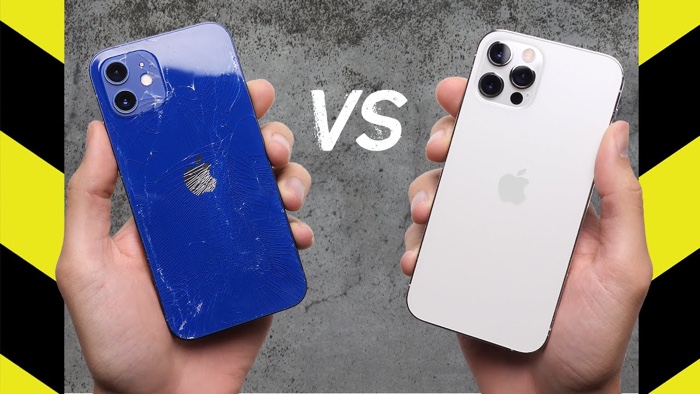 When Apple announced their new iPhone 12 and iPhone 12 Pro handsets, they also revealed that the devices come with a new tougher display with Apple’s Ceramic Shield which has been developed with Corning.

According to Apple the new iPhones have four time better drop performance than the previous iPhone 11 handsets. Now we have a drop test video of the new iPhone 12 vs the iPhone 12 Pro.

As we can see from the video the the iPhone 12 back glass cracked on the back, Apple doesn’t use the ceramic shield on the back glass.

In the first drop on the face both handsets survived, so it looks like the new Ceramic Shield did its job and in the further drop tests both displays managed to survive the 10 drops.

It looks like the new Ceramic Shield works well for drop protection, hopefully Apple will decide to use it on the back glass in the future.