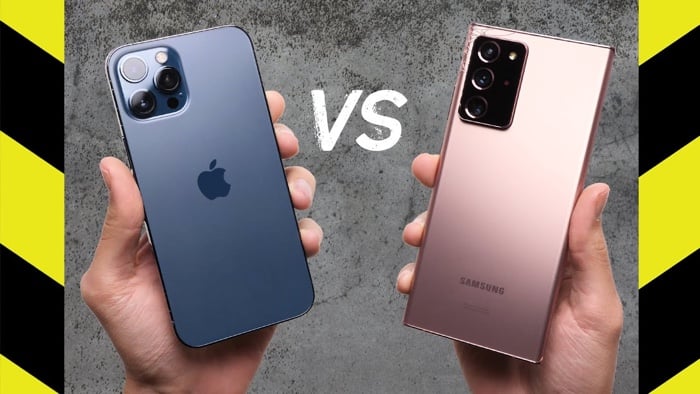 Apple’s iPhone 12 handset comes with a ceramic shield on the front display which is designed to make the less prone to damage when dropped and now we have a drop test of the iPhone 12 Pro Max vs Galaxy Note 20.

In the video below from Phone Buff we get to see how the iPhone 12 Pro Max does against Samsung Galaxy Note 20 Ultra, lets see which handset lasts the longest.

Both handsets passed the 10 drops tests with no major damaged to the front glass on the handsets, things were slightly different with the higher drop on concrete. The Note 20 Ultra glass broke and the iPhone 12 Pro Max glass did not break.