If you were one of the early adopters and jumped in to upgrade and flash your Droid X using the unofficial Android 2.2 ROM leaked to the Internet. You will not be able to now upgrade to the official update from Motorola. 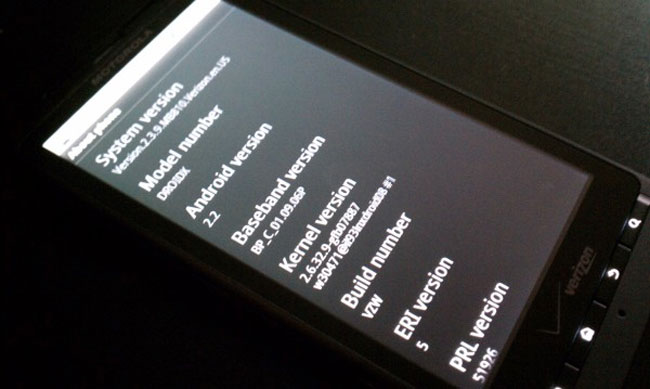 WARNING: Do NOT load the leaked 2.2 upgrade that has been floating around on the Internets. There is currently no upgrade path from that load to the official 2.2 load that will be released by early September. Unless you have some plan to flash your phone back to the current official load, you could be stuck on the leaked version.

So you may need to jump back is you now want to follow the official upgrade path. If you do jump back instructions can be read at Droid Life. Have a look and our article on Android vs iPhone to see which smartphone and mobile platform is best for you.

Via Gadget Venue Via Intomobile Via Motorola