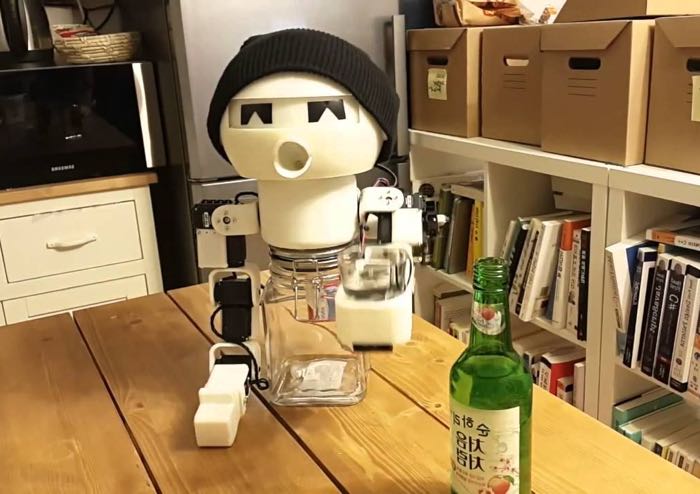 Drinky is a robot drinking buddy that was designed by by South Korean inventor Eunchan Park, the robot is designed to have a drink with you so you don’t drink alone.

In the video below we can see the Drinky robot in action, pour him a drink and he will automatically drink it.

Eunchan Park explains below why he created this fun drinking robot:

On Christmas in 2012, I drank Soju(Korean alcohol) alone because I had no girl friend at that time. Drinking alone was definitely terrible!! so I couldn’t drink anymore.
Lastly, I put an extra glass in front of me and poured Soju into it. And then, I cheered by myself with the glass of Soju, as though there was someone in front of me.

Surprisingly, after that, the taste became totally to be changed!!!!!! WOW!!!

Drinky’s body is made from  a jar which holds whichever drink you give him, so you can always recycle it if you run out of stuff to drink.