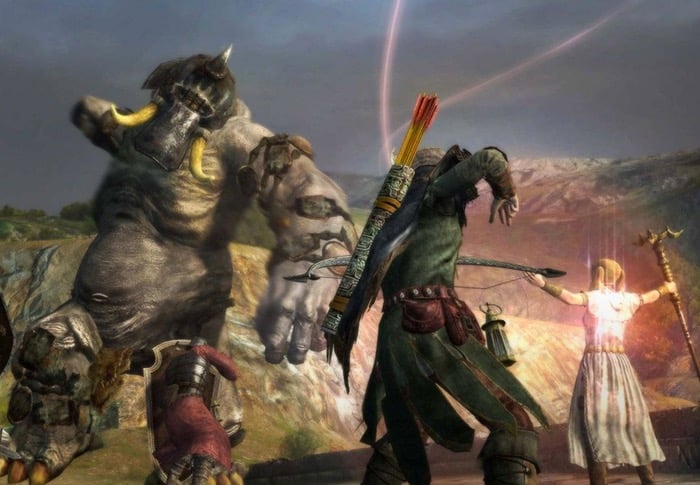 Following on from the reveal earlier this week by Capcom that they are developing a new Dragon’s Dogma game, a new trailer has been released providing a first glimpse at what you can expect from the latest title Dragon’s Dogma Online.

Dragon’s Dogma Online will be launching some time later this year for the PlayStation 3, PlayStation 4 and PC systems in Japan and provides players with a free-to-play online action game to enjoy.

The latest Dragon’s Dogma game under development can be seen below in action in the first video to be released, providing a look at how groups of players can band together using a variety of different character classes, to battle with drakes, dragons, cyclops and other huge monsters.

As well as providing a glimpse at the social towns that will also be available in game when it launches. The Polygon website explains :

“Dragon’s Dogma Online will play much like other Dragon’s Dogma games, but in an online environment. Players can group up in parties of four — including AI-controlled pawns — for roaming adventures and battles against giant enemies. Groups can be formed in town-based lobbies that can hold up to 100 players, and Capcom will provide a “quick-matching” feature to easily form groups. Dragon’s Dogma Online will reportedly be supported by item-based micro-transactions.”