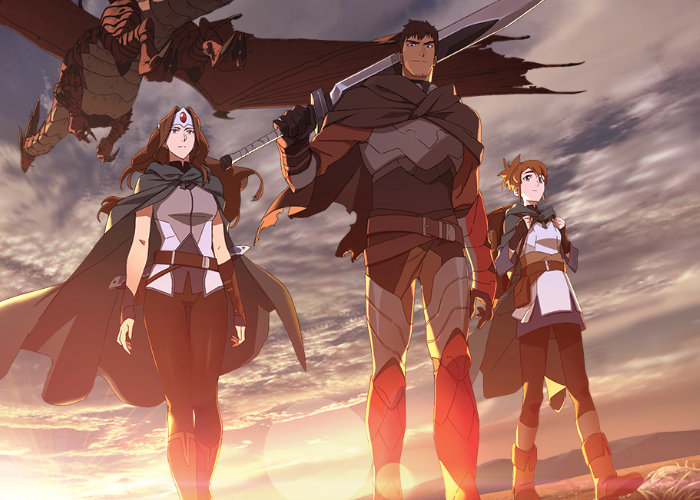 Netflix has released a new trailer for their upcoming anime series Dota: Dragon’s Blood, which will premiere on the Netflix streaming service later this month on March 25, 2021.

“Following encounters with a powerful, ancient eldwurm as well as the noble Princess Mirana on a secret mission of her own, Davion becomes embroiled in events much larger than he could have ever imagined. Fans will love how we’ve imagined the DOTA 2 universe and woven together an epic, emotional, and adult-oriented story about some of their favorite characters. The cinematic animation, acting and music are simply next level and I’m grateful to Valve for supporting our creative ambitions.”

“A conflicted yet courageous Dragon Knight must use the power of the dragon within to stop a deadly demon in this epic fantasy based on the online game. They serve Selemene, the Goddess of the Moon – but do they really know whom they serve? This March, a dark hidden truth will finally be revealed as the battle of the ages begins.”