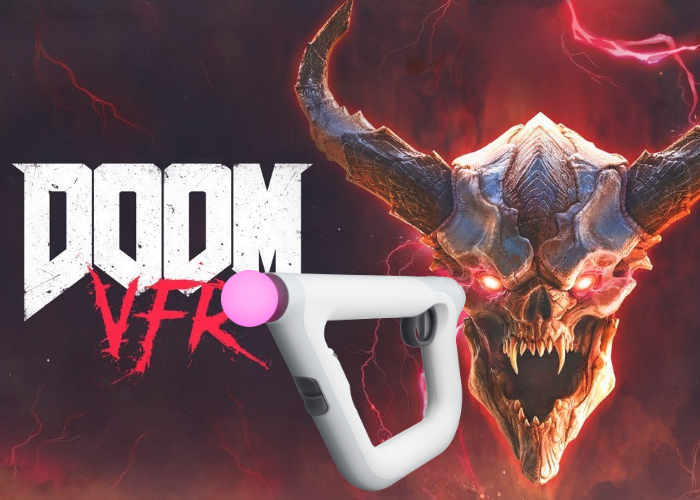 The DOOM VFR PS4 VR gameplay video takes you from the very start and explains features that you will meet and need to set up before you dive into your virtual reality fighting experience. DOOM VFR is the first of three highly anticipated new virtual reality games recreated specifically for VR. Later this month Bethesda will be making available Fallout 4 VR and has already launched the Skyrim VR game on the PlayStation platform, and will hopefully be launching it sometime early in 2018 on the HTC Vive for PC systems.

If you are also interested in the new Skyrim VR game rebuilt for virtual reality playing on the PlayStation VR platform check out the video below which provides four hours of gameplay, offering a great look at what you can expect from the new VR mechanics Bethesda has implemented into the title.

The time has come to take a trip back to Skyrim, but this time we’ll REALLY be there! Sort of. Join Ian for an epic 4 hour stream of Skyrim VR gameplay as he plays through the first 4 hours of Skyrim PSVR on the PS4. Ian will be playing Skyrim PSVR on a standard PS4 and not a PS4 Pro. Fus Roh Dah!