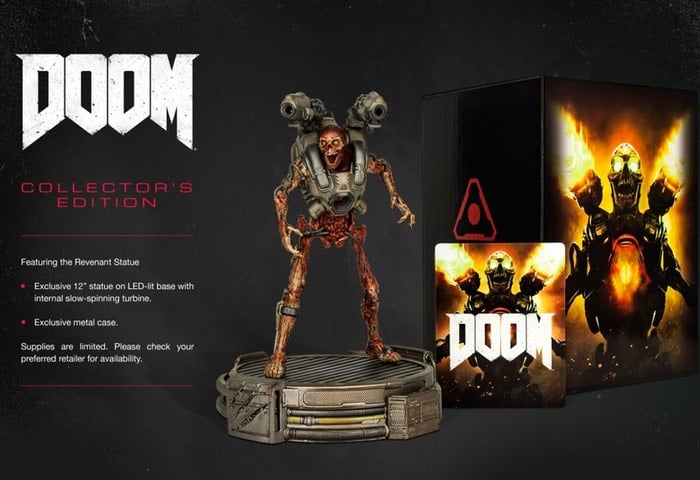 Bethesda Softworks has today released a new trailer for its upcoming DOOM game providing more information about the campaign that will be included in the game which is now set to launch later this year on March 13th, 2016.

DOOM will be launching on Xbox One, PlayStation 4, and PC and provides the next instalment in the iconic series which started back in 1993 and is still being developed by the original company id Software.

Check out the latest one minute trailer below to see more what you can expect from the new game as you the iconic DOOM Marine.

You wake to learn that the Union Aerospace Corporation’s facility on Mars has been decimated and overrun by hordes of demons. Humanity’s survival rests in your hands – and your hands alone. Fight Like Hell.

In DOOM’s campaign, there is no taking cover or stopping to regenerate health as you beat back Hell’s raging demon hordes. Combine your arsenal of futuristic and iconic guns, upgrades, movement and an advanced melee system to knock down, slash, stomp, crush, and blow apart demons in creative and violent ways.

For more information on the new DOOM’s campaign, multiplayer, and its community tool, SnapMap jump over to the official website for details via the link below.