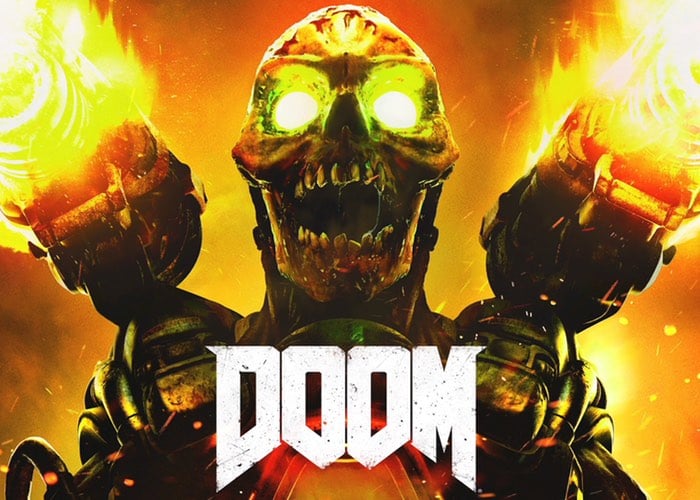 Bethesda has today announced the new content for DOOM will be arriving on August 5th 2016 in the form of the DOOM Unto the Evil DLC, which will be available to download on PlayStation 4, Xbox One and PC, priced at £12.

Bethesda has also announced that this weekend they will be offering double XP for all players and today they have rolled out the DOOM Free Update 2. To make sure your game is optimised and plays smoothly allowing you to grab as much double XP as possible.

The latest DOOM Free Update 2 brings with it the new Capture and Hold mode to Sector; a one-flag CTF mode to Exodus; and hell modules as well as a weapon wheel and jump pads to Snapmap. Check out the video below to learn more.

Fans might also be interested to know that an official DOOM board game is currently under development and is expected to be made available during Q4 2016 by Fantasy Flight Games, check out our previous article here to learn more.

Our first big update near the end of June included a number of new features, like the option to use a classic center-screen gun placement – a particular favorite of old-school DOOM fans – a campaign photo mode for composing and capturing incredible in-game screenshots, as well as sky window props for SnapMap, to name just a few. All of that on top of an extensive list of fixes and optimizations.

This week on July 29, we look forward to releasing Free Update 2, which includes two new multiplayer game modes. Exodus is a one-flag capture-the-flag mode with an added twist of constantly moving bases and flags. Sector is an objective-based capture-and-hold mode where players compete to take control of zones and then hold them to score points. Both modes can be played on any existing or future maps. This update also adds some tremendous tools and fun new capabilities for SnapMap fans, including: customizable weapon wheel functionality – so players can carry and select multiple weapons, just like the campaign; jump pads with logic to set distance, speed and direction; 30 brand-new Hell-themed modules; an expanded weapon list; a new playable demon – the Mancubus – as well as a laundry list of improvements to the Community HUB, editor and logic capabilities. Check back here early next week for a detailed list of additions and changes. These new modes and all of the SnapMap content and updates are free to all players.

Next week, we are thrilled to be launching our first premium multiplayer DLC, Unto the Evil. This package includes three new multiplayer maps, a brand-new playable demon called The Harvester, a new weapon (the EMG Mark V pistol), the new Kinetic Mine equipment, a bad-ass robotic armor set with new customization options, new hack modules, taunts and more. Everything in Unto the Evil is usable in all existing maps and modes.