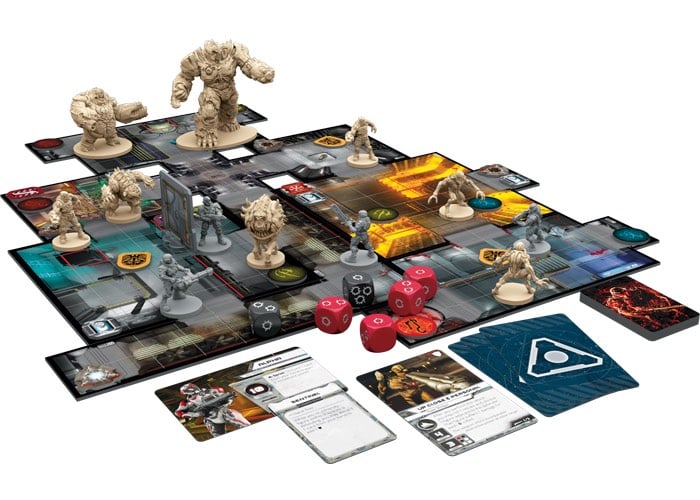 Fantasy Flight Games has revealed this week that they are currently developing a DOOM board game will provide a completely redesigned “tactical combat experience” for 2 to 5 players.

As you might have already guessed the official DOOM board game is based on Bethesda’s hugely popular DOOM video game reboot and includes a number of minis to add to the tabletop experience. 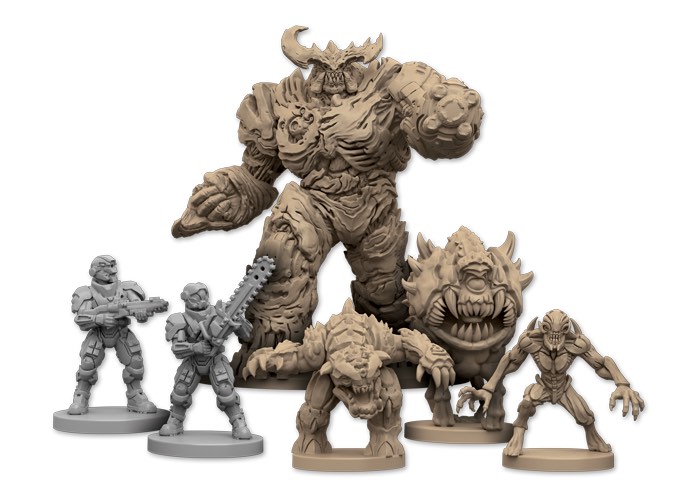 The DOOM: The Board Game is expected to start shipping in Q4 of 2016 although no details on exact availability or pricing have been unveiled by Fantasy Flight Games as yet.

Glory Kill your way to victory as one of the United Aerospace Corporation’s elite marines or grab control of the legions of demons threatening to take over the complex. Each side of DOOM’s asymmetrical gameplay introduces an entirely unique way to play, whether you’re struggling to save Mars from being overrun by Hell’s most merciless demons or fighting to crush each marine and conquer the planet once and for all.

You and up to four friends will play through a series of missions, the marines attempting to achieve a variety of objectives and the invader orchestrating a barrage of savage demon attacks against them. While the marines can respawn after death, they can only do so a set number of times before the demons claim victory over the mission, threatening not only the UAC’s operation, but the survival of humanity as a whole.

DOOM provides two operations of six missions each for your invader and marines to battle through. Every mission takes place on a unique map and presents a different set of objectives and threat levels. The objective cards designated for each mission describe the victory conditions for both the team of marines and the invader, in addition to all associated special rules. The marine’s objectives can vary from securing the battle area to collecting valuable assets, while the invader has just one goal—to kill the marines…repeatedly.

For more information on the new DOOM board game jump over to the Fantasy Flight Games website via the link below for full details on all sections of the game.