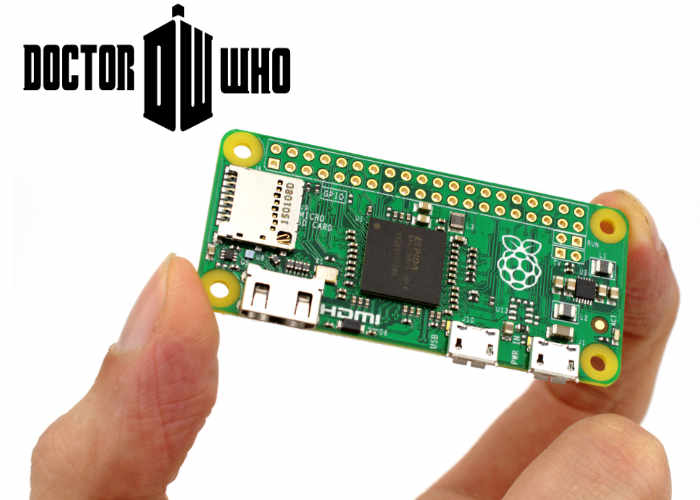 ThisTo celebrate this year’s Doctor Who day YouTube Pi Synth has created an awesome rendition of the Doctor Who theme tune using no more than a few Raspberry Pi Zero mini PCs. Check out the video below to listen to the end result which uses 10 simultaneous synths, 3 different synthesis models, audio and graphics captured real-time running on the £4 Raspberry Pi Zero mini PC.

It’s nice that the software still works – mine has a dreadful tendency to code rot if I look away for a few months. The visualisation is somewhat different since the last time I posted this – the texture that drives the colours is now computed rather than loaded, and as a result it’s easier to tweak the visuals, so it all looks cooler and more electro-neon than it did before.

The software now runs client/server. Synthesis is within a separate server application, the client is in charge of pushing MIDI into the server, and – unusually – pulling audio back. So the server knows nothing whatsoever about platform MIDI or audio capabilities. Visualisation is also done client-side. So the server does nothing except pull in commands and push out short blocks of synthesized audio.