Doctor Who fans are sure to enjoy this new trailer which has been released by the BBC to celebrate the last Doctor Who 50th Anniversary of doctors and the TV series.

The BBC transmitted the new one-minute Doctor Who 50th Anniversary trailer over the weekend, which features all 11 doctors from the TV series over the last 50 years. 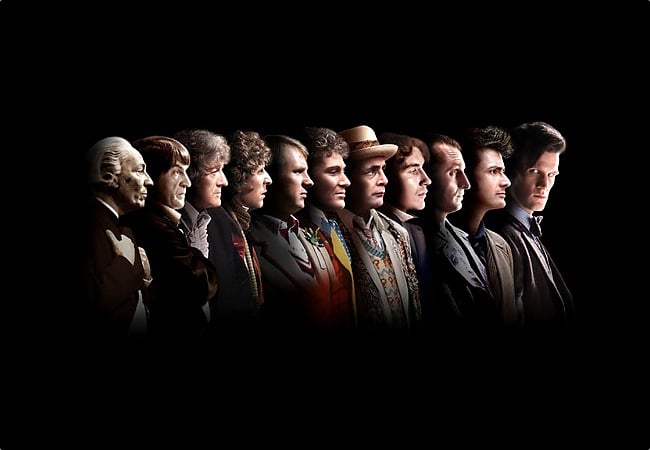 The newly aired Doctor Who 50th Anniversary special trailer has been created to show all of the Doctors as they first appeared on screen, including William Hartnell in high res colour for the very first time.

The new Doctor Who 50th Anniversary trailer has been released in preparation for the celebrations that will take place on and up to November 23rd. When the BBC will air a special episode, ‘The Day of the Doctor’, starring Matt Smith, David Tennant and Jenna Coleman with Billie Piper and John Hurt.

Together with a range of shows being commissioned across both TV and radio to mark the 50th anniversary of the show which has seen a huge revival in the past five years.

The first Doctor Who series of the adventures of a Time Lord, a time-travelling humanoid alien known as the Doctor were first aired back in 1963 and since then it has received recognition as one of the UK’s finest TV programmes, winning the 2006 British Academy Television Award for Best Drama Series and five consecutive (2005–2010) awards at the National Television Awards. lets hope it can keep going for another 50 years.