Indeed, the world is full of ninja fanboys. They obsessively watch Naruto and fantasize about embarking on a suicide mission someday for a noble cause–like avenging their sworn enemies.  Ever heard of the shadowy assassin who attacked an Apple store under cover of darkness by ramming his car through the glass plate window? Actually, that’s old (read: stale) news but we were trying to make a point. 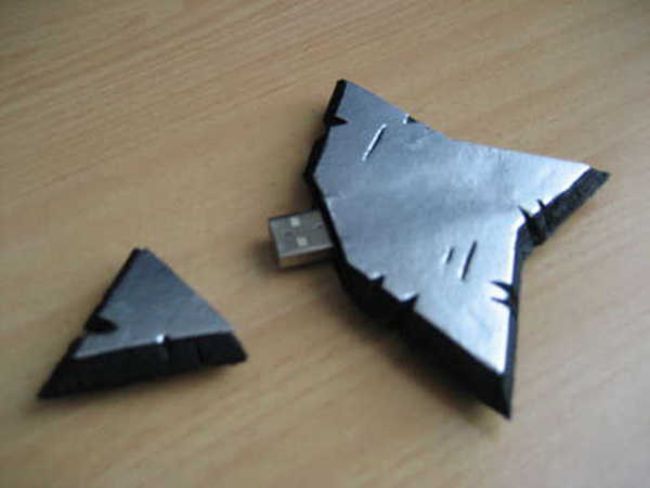 Yes, points. This shuriken has more than a couple of them. Four pointy edges total and a flash drive. The real attention grabber is what’s seen above is a DIY project. It’s also made of foam cored poster board. That means it’s non lethal and can’t be used on genuine stealth missions. Still, don’t try throwing this around once it’s in your possession. Someone might lose an eye.

Keep in mind, however, that this is not the first Shuriken USB ever made. An earlier Shuriken USB was featured here a couple years back. That was nice too and came in a fancy box, if you ever wanted to gift one.

If you plan on bringing these along when you travel, we suggest not. Remember what happened to Steve Jobs when he tried to bring home shurinkens after a Japan trip? Okay, so that’s being dismissed as an ugly rumor, but knowing Steve he probably did try to bring home a couple.