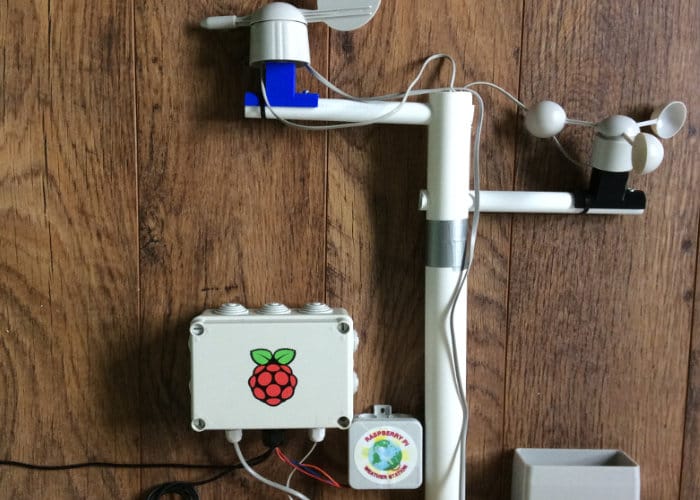 The official Raspberry Pi Foundation website has this week featured a post by Richard Hayler, Senior Programme Manager, Community and Development Citizen Scientist providing details on how you can create your own DIY Raspberry Pi weather station. After the Raspberry Pi Foundation released details of their Raspberry Pi Oracle Weather Station many people have been trying to getting their hands on the system which was gifted to 1000 schools throughout the UK but as yet has not been made available to purchase by consumers.

If you just can’t wait any longer then the new Raspberry Pi weather station tutorial provides a great insight into how you can build your very own using a Raspberry Pi together with a few extra sensors to collect weather data. “In 2016 we sent out nearly 1000 Oracle Raspberry Pi Weather Stations to schools from around the world who had applied to receive these kits. The original Weather Station kit is a HAT for the Raspberry Pi that allows it to collect weather data using a variety of sensors. It is designed to be used in schools to enable students to create their own weather station, and has a range of resources to support its use. These kits have been very popular. If you’re one of the many people who has been wanting to get hold of one, this guide will take you through the process of building your own. This is an advanced project both in terms of electronics and programming. You should read through the whole project before purchasing any components.”

For kore detail on creating your own Raspberry Pi weather station for collecting local climate and environmental data. Jump over to the official Raspberry Pi projects website by following the link below.