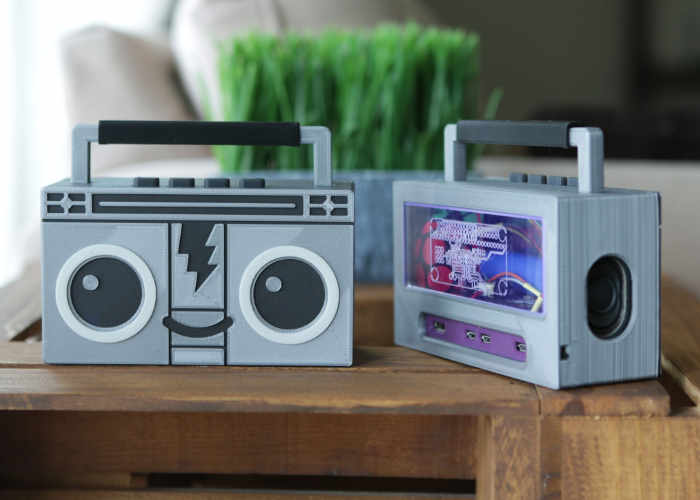 The team over at Adafruit have published another great tutorial for those looking to learn more about the Raspberry Pi mini PC, programming and electronics in general. Providing full instructions on how to create your very own Raspberry Pi Airplay Boombox which has been aptly named Boomy and uses the Stereo Bonnet Pack for Raspberry Pi Zero W, which includes the Pi Zero W and speaker set. Watch the video below to learn more about the great project which includes little 3D printing if you have access to a machine, although the casing can be created from almost anything you have available.

Raspberry Pi Boombox – In this Project we’re using a Raspberry Pi Zero W to make an AirPlay-ready audio player. With shairport sync, you can stream audio from an iOS device to the Raspberry Pi. We think this is a great little airplay speaker project using Raspberry Pi, 3D printing, and electronics.

Jump over to the official Adafruit Blog for more information and full details on how to create your very own. Boomy Raspberry Pi Airplay Boombox. If you enjoy building Pi projects you might be interested in our comprehensive list of Raspberry Pi displays, HATS and small screens.