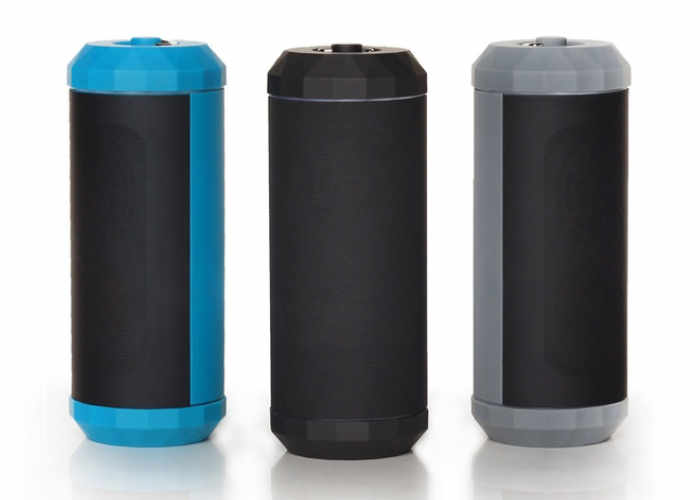 Phonics Technologies have designed and created a new true wireless stereo speaker system called the Submarine which is both water and dust resistant and capable of producing 360 degree surround sound as well as combining with other speakers to provide stereo sound. Watch the demonstration video below to learn more about the Submarine while a speaker’s construction, technology and design.

Most people are looking for a portable speaker to fit their daily lives. Perhaps they are interested in a speaker with a modern design that will be a great add-on for their office desk, or even for their surround system at home. Others are interested in a durable speaker that will be able to handle their adventurous lifestyles. We in Phonics Technologies decided to come up with a solution and created the Submarine–a waterproof speaker with an elegant design featuring True Wireless Stereo technology to connect up to 2 Submarine speakers at the same time, creating a clear and loud 360° sound.

Submarine is a high-quality speaker that delivers amazing sound. We have implemented a process called True Wireless Stereo that delivers a superior listening experience. Hardware and software intelligently fuse right and left channels from two Submarine Speakers to create 360 degrees of sound, similar to a high-end surround system.  While pairing two Submarine speakers, the first speaker paired to your Bluetooth enabled device will act as the master and play the right channel of sound, and the speaker that is paired to the master speaker will be called the slave and play the left channel of sound, creating an intelligent wireless surround system. No more wires for your surround systems at home or portable speakers.

Submarine is now available to back via Kickstarter with early bird pledges starting from just $59 and delivery is expected to take place during December 2017. For full specifications and more information jump over to the official Kickstarter campaign page via the link below.