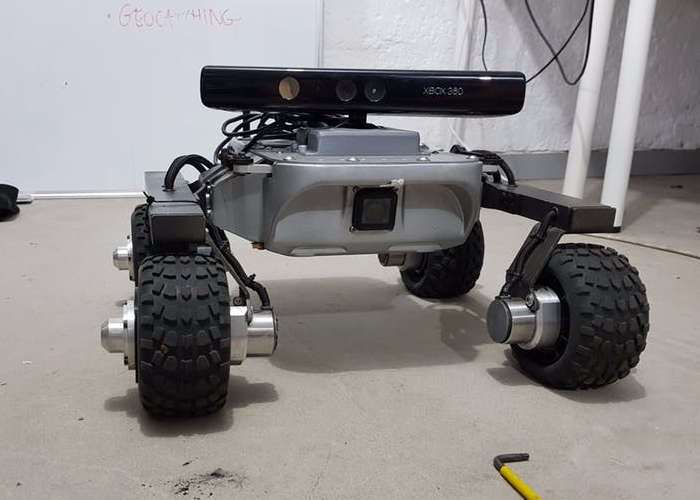 Makers, developers and hobbyists that have a spare Microsoft Kinect gesture-based controllers lying around may be interested in a new DIY human following robot which has been created using a Kinect powered by a Raspberry Pi mini PC.

Team Turtle Rover have kindly published full instructions on how to create your very own via the Hackster.io website which is available via the link at the bottom of this article. Using the Microsoft Kinect hardware removes the need to engage in complicated image recognition algorithms using a single camera, using the already available Kinect libraries.

Microsoft Kinect is a popular, and relatively cheap device, which has multiple applications both in amateur and professional robotics. One of the cases is man-following robot. Instead of using single camera and complicated image recognition algorithms we can take advantage of already-established Kinect libraries.

Official libraries are designed only for Microsoft Windows, but fortunately we have a strong community of developers and they ported most of the functionality to Linux. What’s more they work with ARM processors, therefore we can even use the popular minicomputer Raspberry Pi!