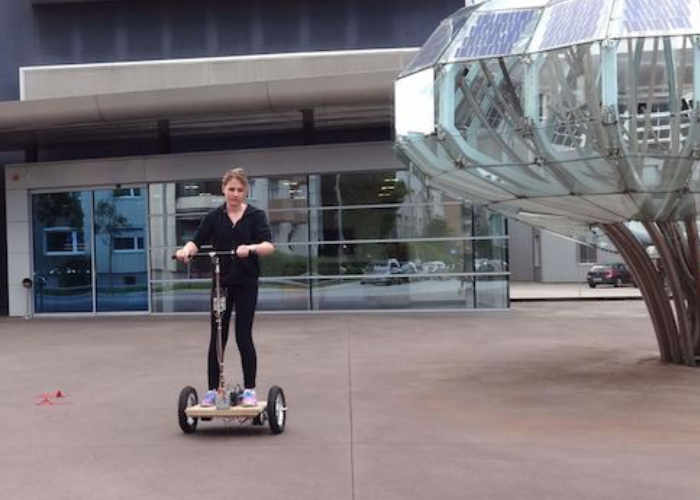 If you fancy owning your very own Segway but don’t have the cash to purchase one off the shelf, or would rather invest your hard earned money elsewhere.

You might be interested in a new Arduino Segway vehicle which is being created using a little Arduino programming and hardware, and has now been published to the Instructables thanks to member stoppi71.

Watch the video below to learn more about this DIY Segway which is equipped with two 24V/250W motors but are hopefully going to be upgraded to 500W motors sometime in the future. Full instructions are provided via the link below enabling you to build your very own using a little Arduino programming and a few extra components.

Instructables member stoppi71 explain more about the inspiration behind building the Arduino Segway :

More than 3 years ago I started to tinker a homemade segway. Though it’s still not really finished (I have to replace the 250W Motors by 500W-models) my children are able to drive around.

If you’re going to build one you will Need the following parts:
* wheelset: In my case I use 12 1/2 x 2.75 tires usually taken for dirt bikes
* batteries: I use two 12V/12Ah lead accumulators to get 24V for the Motors
* Motors: At the moment two 24V/250W models but the 500W-motors are already waiting for their use
* for the axle I asked a local welder and some of my bicycle-parts (bar, stem) fit perfect too.