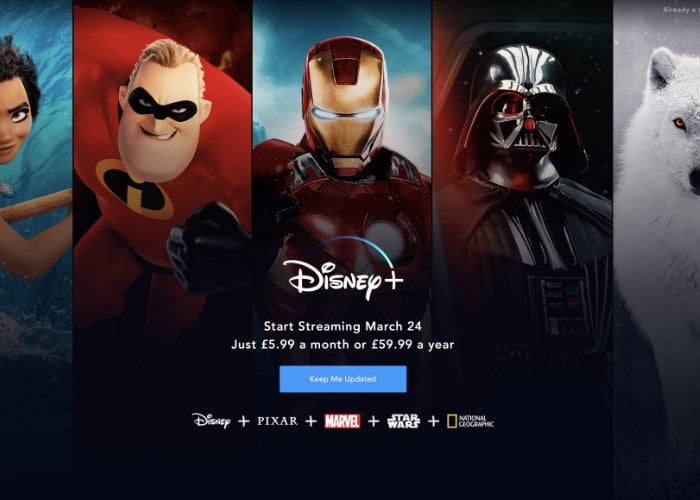 Disney has today announced that its new Disney+ streaming service which is already available throughout the United States, will be arriving in Europe and the United Kingdom a week sooner than expected and will be available from March 24th, 2020, Disney+ was originally expected to launch on March 31st, 2020.

The Disney+ streaming service will first be available to watch in the UK, Ireland, France, Germany, Italy, Spain, Austria, and Switzerland. Additional Western Europe markets, including Belgium, the Nordics, and Portugal, will follow in summer 2020. Offering access to content from Disney, Pixar, Marvel, Star Wars, and National Geographic.