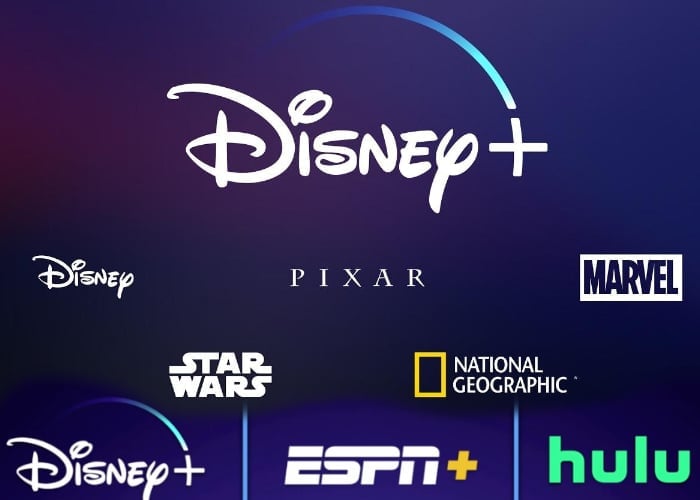 The Walt Disney Company has this week announced a new streaming bundle including three services in the form of Disney+, Hulu and ESPN+ for $12.99 a month, or $7.99 a month for the Disney+ service as a standalone. The new Disney streaming subscription service will start on November 12th, 2019 and was announced by CEO Bob Iger during this week’s investors call.

A subscription to the Disney+, ESPN+, and Hulu bundle provides the following access :

– Access to Disney+, a.k.a. the soon-to-be home of Disney’s entire film and TV catalogue, which contains content from Disney itself (read: classic animated movies like The Lion King and Aladdin, and original TV shows like Even Stevens and Lizzie McGuire), in addition to the entire Marvel Studios library, every Star Wars film, the 20th Century Fox archives, and every single episode of The Simpsons. Disney+ will also offer original movies and TV series based on many of these established properties, some produced exclusively for the platform. (Disney+, which launches November 12, will cost $7.99 a month as a standalone service.)

– Access to ESPN+, where viewers can watch tennis, golf, UFC matches, and myriad college sports, as well less “mainstream” sports like cricket and rugby. (ESPN+ costs $4.99 monthly as a standalone service, although additional games and teams are available at a premium.)

– Access to the ad-supported tier of Hulu. While inferior to the blessedly commercial-free (and more expensive) tier of Hulu, Hulu-with-ads carries all the same content — a range of past and current network TV shows, original content produced by Hulu (including the critically acclaimed The Handmaid’s Tale), and a wide selection of big-budget and genre films alike. (Hulu with ads is $5.99 a month.)