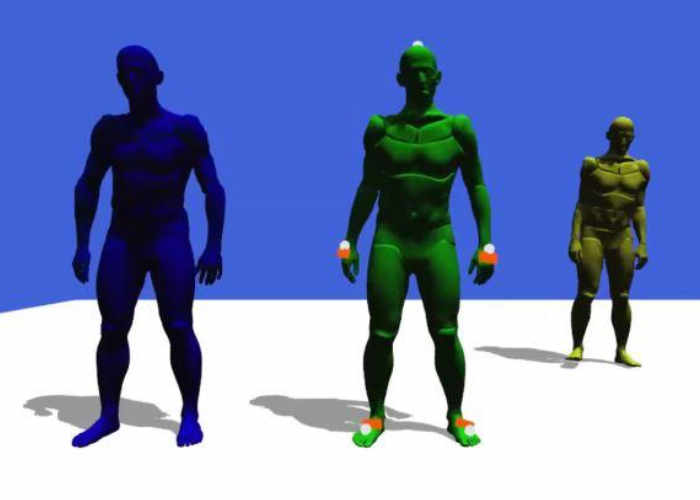 This month Disney has revealed more details about its motion capture technology which is now so advanced it only requires just a few sentences to be able to track certain motion sequences.

Watch the demonstration video below to see how the Disney Motion Capture has developed to now require only a sparse number of sensors allowing the performer to be unencumbered to carry out their performance.

We propose a framework for motion capture using sparse multi-modal sensor sets, including data obtained from optical markers and inertial measurement units. A small number of sensors leaves the performer unencumbered by not requiring dense coverage of the body. An inverse dynamics solver and physics-based body model are used, ensuring physical plausibility by computing joint torques and contact forces. A prior model is also used to give an improved estimate of motion of internal joints.

The behavior of our system is evaluated using several black box motion priors. We show that our system can follow and simulate a wide range of dynamic movements including bipedal gait, ballistic movements such as jumping, and interaction with the environment. The reconstructed motion has low error and appears natural. As both the internal forces and contacts are obtained with high credibility, it is also useful for human movement analysis.

For more information on the latest Disney Motion Capture technology jump over to the official Disney blog via the link below.