Disney has purchased Lucasfilm Ltd in a deal which is worth a total of $4.05 billion US dollars, and Disney has plans for more Star Wars movies, with the first one of the new trilogy being released in 2015.

The next Star Wars movie will be Star Wars: Episode 7 and it is apparently already in production and is due to be released some time in 2015, Disney has also acquired all of George Lucas’s subsidiary companies  including Lucasfilm Animation and their game company Lucas Arts. 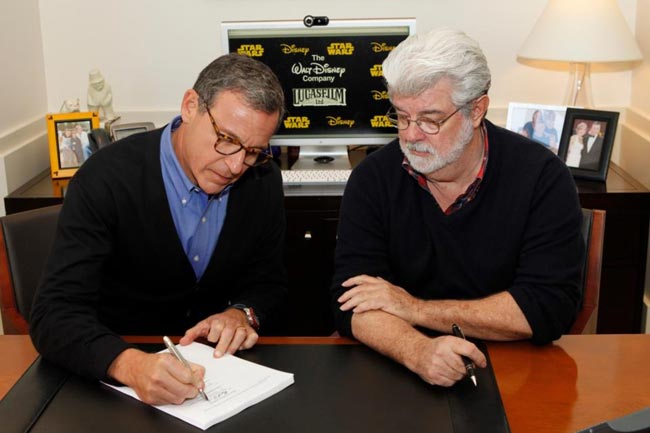 “Lucasfilm reflects the extraordinary passion, vision, and storytelling of its founder, George Lucas,” said Robert A. Iger, Chairman and Chief Executive Officer of The Walt Disney Company. “This transaction combines a world-class portfolio of content including Star Wars, one of the greatest family entertainment franchises of all time, with Disney’s unique and unparalleled creativity across multiple platforms, businesses, and markets to generate sustained growth and drive significant long-term value.”