Have you ever wanted to create your own electronic games console? You might be interested in the new DigiPixel Arduino LED game shield which is definitely worth more investigation.

The DigiPixel Arduino LED game shield has been specifically designed to allow you to make programming fun and enable you to creating your own games, animations and more.  Watch the video after the jump to learn more about the DigiPixel Arduino project and see it in action. 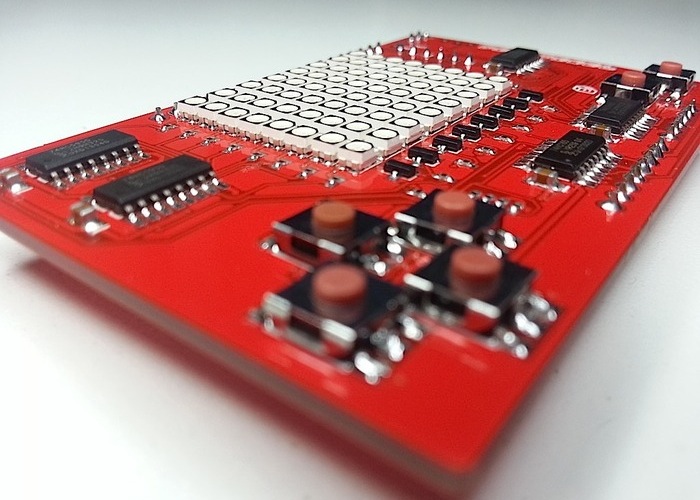 The DigiPixel is an open source Arduino and Digispark compatible shield with a 64 pixel RGB LED display and six buttons. It comes supplied with its own Arduino library, graphic converter and demo sketches to get you started. Bradley Slattery creator of the DigiPixel Arduino LED game shield explains a little more about his device.

“So what sort of things could I make with the DigiPixel? Well, it’s really up to your imagination! You could make a game of Space Invaders, Tetris or perhaps Snake. You could write messages in the air and capture it on your camera with the AirWrite function. You could keep track of Facebook likes, use it as an electronic dice, a scrolling desk clock or even a digital name badge. It’s amazing what you can do with just 64 pixels!

I will be releasing a tutorial video that takes you through the entire process of making your very first DigiPixel Video Game. From designing your own levels, converting and then importing them into your Arduino sketch to graphic animation and collision detection etc…”